ANSU FATI : A GREAT PLAYER IN THE MAKING 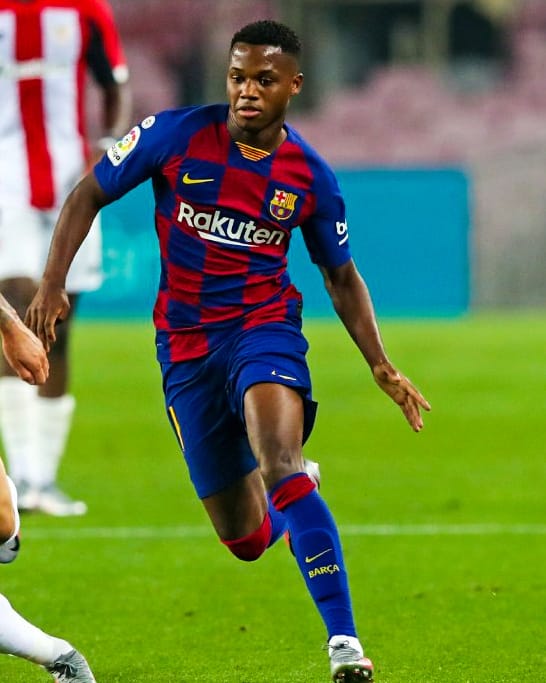 Ansu Fati has proven to be one of the best players of his age, and is already compared with the likes of Jadon Sancho, and other young players. He broke into the scene earlier this season when the likes of Luis Suarez, Ousnane Dembele, and Lionel Messi got injured. The club had no choice but to play Ansu Fati and Carles Perez, the latter was sold to Roma in the following January.

Ansu Fati, just 17 years old has already proven to be an asset to the Barcelona first team. Former manager Ernesto Valverde gave him a start in La Liga making him the 2nd youngest debutant for FC Barcelona behind Vicente Martínez. In addition, Fati is the youngest La Liga and UEFA Champions League goalscorer, the youngest starter at Camp Nou, and  Sixth in the Golden Boy and nominated for the Globe Soccer Awards.

Being a Barcelona player is not easy, but being a Barca youngster is even more difficult because you have great expectations to fulfil. Playing alongside Leo Messi, Bousquets, Pique, and other club legends adds its own pressure. But Ansu Fati feels none of it, he’s not scared of underperforming or the pressure, he’s rather thriving on it.  Fati has the Barca DNA and would serve as a great player in the long-term if he’s consistent with his performances. The kid is not afraid to take long shots either but due to his physicality, he’s not so good in the air.

Ansu Fati primarily plays as a left-winger for FC Barceloma, wherein he has proven to be highly effective. He likes to dribble past defenders, has got tremendous pace, and takes great long shots. He gets involved in link-up play as well with captain Leo Messi and left-back Jordi Alba.

He gets into good positions in attack in order to receive threatening passes from his teammates, lays off defenders, and cuts inside with short passes linking up with the striker. His stats so far this season are as follows :

He has become a starter in many games, and is favoured over the struggling Antoine Griezmann as that’s not his natural position. Also, he was targeted by some top teams as Barca rejected a few offers in the past few weeks for him. Fati has been deemed as ‘’non-transferable’ and will succeed at Barca for sure. He is one of the most loyal players of the club including the likes of Riqui Puig, Alex Collado, Illax Moriba and other bright La Masia graduates.