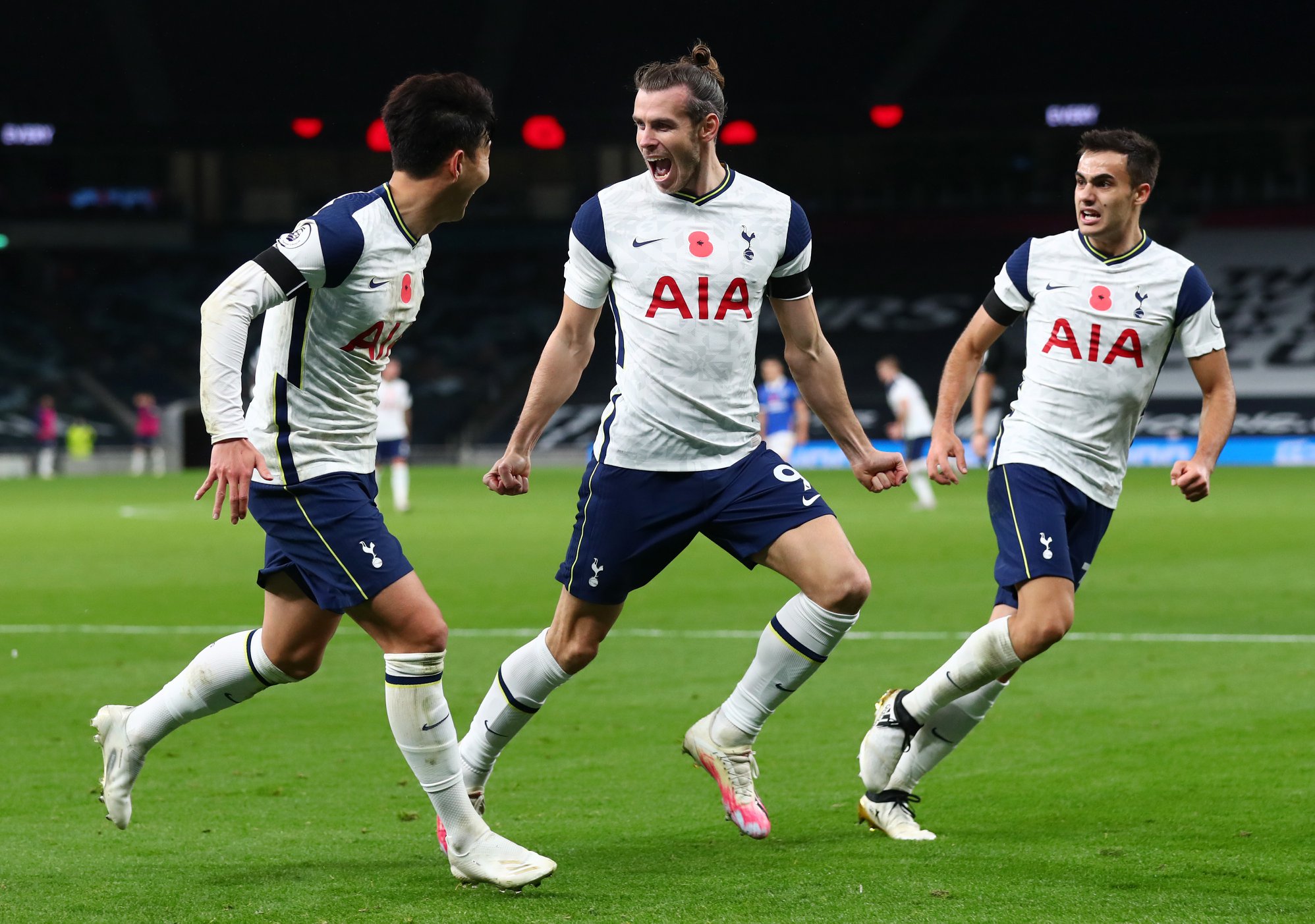 Jose Mourinho has turned around the fortune at Spurs especially in this season right from the transfer window getting the players the club needed, in the positions they needed to strengthen in order to become a top team again. With players like Gareth Bale, Sergio Reguilón, and Pierre-Emile Højbjerg, the club has been playing really well. Additionally, the combination of Harry Kane and Hung Min Son has been really good for Spurs.

A GOOD START FOR SPURS

The season started with people asking whether Spurs can finish top 4 and now they’re asking whether they’re title contenders or not. Spurs sit second in the table just 2 points behind league leaders Liverpool with 14. The team has made a great start with expected points having them third, conceding 11 shots per 90*, which is 8th best in the division, averaging 4th most possession in the league from 8th last season, so a lot more control in the team.

Højbjerg has a 90% pass accuracy, so they do have a lot more control in the midfield. Harry Kane and Son have a combined 23 goals and assist in the campaign so far. With great depth in the squad, they can definitely challenge for the title especially ahead of a tough schedule from January. Harry Kane has looked himself this season after having 2 really poor previous seasons due to injuries. Gareth Bale is still to shine in the front 3, so they’ll only get better and more threatening with time.

It will be interesting to see if Jose makes changes to his tactics as the season progresses as his record against the top sides has not been great last season. Spurs’ progression down the left has been good with the addition of Reguilón who if continues this form could feature in Premier League’s XI come the end of the season. Kane now has good service around him with Aurier, and direct balls from Eric Dier and Toby Alderweireld.

THE PROBLEM OF SPURS

Jose’s tactics are a bit defensive in big games, a more conservative approach so that they do not lose points which can be a problem. In addition, they’re overly reliant on Kane and Son with the former taking 5 shots of 13 in the team, and the latter setting up 2.8 key passes per match. Mousa Sissoko is putting 4.5 tackles per game, Ndombele and Lo Celso also help out defensively just to take pressure away from the centre backs who aren’t that good.

Spurs are not going to be as dominant in their games as the season progresses as compared to Liverpool and Manchester City. Dele Ali is also out of form, and out of favour by Jose Mourinho who made that very clear in his press conferences. They finished 40 points off the champions Liverpool last season. If Liverpool win this season, they won’t do it with 90 points, and can drop 15 points with their given problems. To finish top 4, Spurs would have to add 20 points more from last season which is a mountain to climb in itself.

Vinicius who’s on loan at Tottenham is a great squad player and a cover for Harry Kane but we haven’t seen him in the Premier League so far. He was Portuguese League’s top scorer last season with 18 goals. He likes to hang around from the middle to left in attack, arriving at the back post getting plenty of shots inside the box. But he does not contribute to build up play as much that Harry Kane has been doing and is pretty good at.  Spurs have a number of midfielders who can be used when the schedule gets tighter post Christmas, and maybe take a gamble on a player in the winter transfer window.

Dele Ali can be sold for a good price as clubs like PSG and other decently big clubs are interested, and with the age of 24, Daniel Leavy can get a good price for the Englishman who is out of favour in the team. With Vinicius, and Ndombele in the side, and Lo Celso as well, he’s not even the third choice for Jose Mourinho for the team.

Lucas Moura has now become an impact player who comes off the bench in the last 20 minutes and runs at a tight defence, a similar role he played at PSG. With Bale coming in, Lucas has been on a decline and sits a little further behind the pecking order with his 0.4 dribbles from 2 last season, and 0.3 key passes which is a massive dropoff. He started 25 games in the league last season for Spurs and now his game time is affected pretty badly. But he will be rotated quite heavily with the season being so long and a tough schedule ahead.

In conclusion, Spurs can easily finish top 4, since the season has just started and only if City and Chelsea continue to wobble in the next 2 months, the narrative of the season could change drastically.