ARTETA CLAIMS THE BOARD BACKS HIM 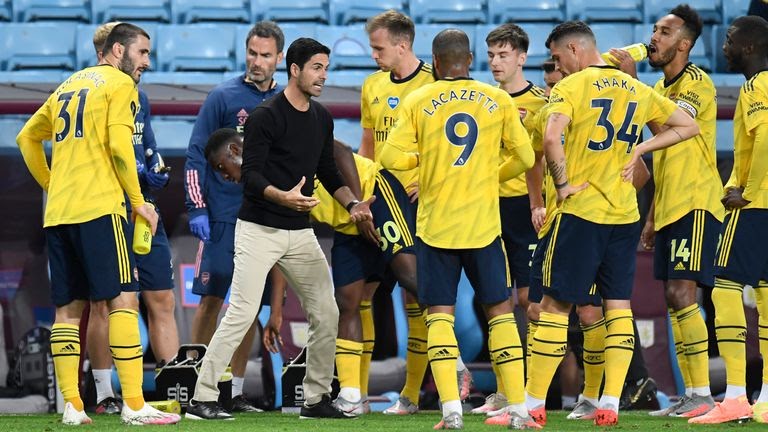 Arsenal have been struggling for a long-time now, and it hasn’t been easy for them under newly appointed manager Mikel Arteta as the inconsistency continues. The Gunners were on a good run with defeating Liverpool in the league and City in the cup but then slipped at Villa Park on Tuesday as Jack Grealish stepped up for the home team in a vital win to get them out of the relegation zone.

10 – Arsenal have lost 10 league matches for a third consecutive season for the first time since a run of seven between 1981/82 and 1987/88. Testing. #AVLARS pic.twitter.com/ZbRA78cYzO

Mikel Arteta after the game : “The Kroenkes and the board and the sporting director, I have their full backing. I have that 100 per cent – the fans have to believe what I’m saying,” said Arteta.

“We are putting a strong plan together to do as much as we can in a short period and the league table doesn’t lie. When you have the margin of points with the top teams it’s for a reason. We need to improve in many areas, the team and individually. The top teams in certain areas are better than us.

“It has to hurt and we have to suffer, it’s not good enough for this club. We know the challenge, it’s really big and we’re excited for what we have ahead of us. There are going to be some ups and downs but sometimes it’s good to see the reality and move on and improve.”

“Emotionally and physically it’s been a very demanding week but I saw a team who wanted to fight until the end. I’m not disappointed about the attitude – I know where we are in certain areas and where we need to improve more. We will get that.”