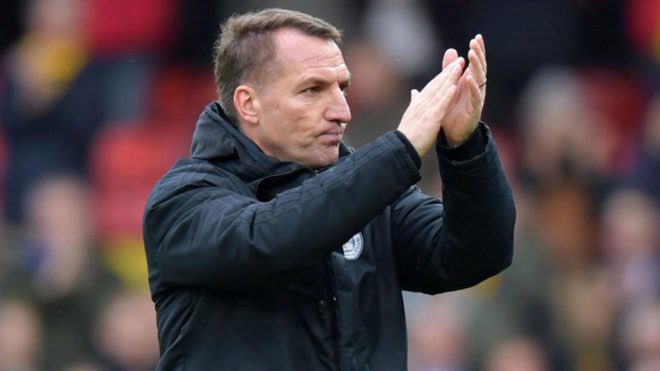 Leicester City are knocked out of the Europa League after a defeat from Slavia Prague. Goals from Lukas Provod and Abdallah Sima helped the Portuguese side advance to the next round of the competition. The side were missing the injured James Madison and banned Kelechi Iheanacho.

He said: “It’s my responsibility, I pick the team with the players we have available and clearly it didn’t work as well as I would have liked. We have changed the team often enough through the season because we’ve carried injuries all year. The players are coming back from injury, we had to find a way to freshen up the team.”

“Overall, they were better than us and deserved to go through. We have to go away and learn from that. We started pretty well, we had to be patient, but we never really created too many opportunities. I’m disappointed with the goals, in particular the second one – we have to defend with greater urgency.

“It’s disappointing but I said to the players afterwards we have to learn from it. We can accept it a lot easier as we weren’t good enough on the night and over the two legs. We’ll get back in, move on and we’ve enjoyed the European experience and we want to fight this year and be better next year.”

Slavia boss Jindrich Trpisovsky said: “The difference between the teams is incredible, it’s a sporting miracle. I would compare us winning here to Leicester winning the league. It’s a different league for us. I’ve asked my team to realise what they’ve achieved and I don’t think it’s sunk in yet.”

“It was similar to the first game, we got better as the time went on. We were able to start attacking more and more. The quality of the pitch was second-to-none for us and we had to get used to it but once we did we got faster. Our performance reflected that. Leicester played brilliantly, they were a great team, everything was great and the only thing missing were the fans.”