CAN EVERTON FINISH IN THE TOP 4 THIS SEASON 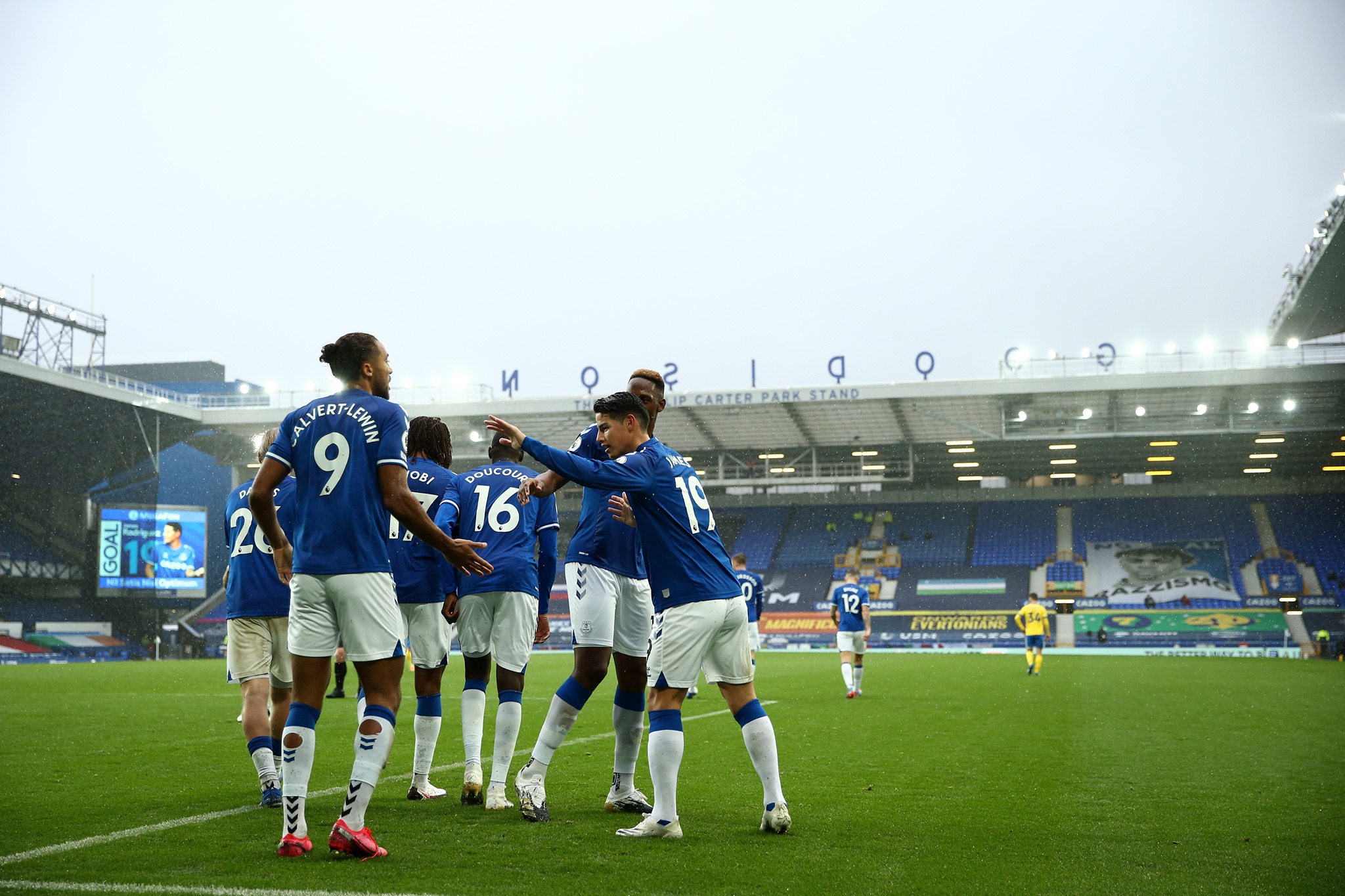 The Premier League has started in a rather unexpected narrative than usual with the favourites losing points in some style having massive score lines like 5-2, 1-6, 7-2 that really surprised the fan base. The underdogs have stepped up their game with newly promoted Leeds, Nuno’s Wolves, Leicester and the newly found talent in Everton having a great start.

Liverpool lost points at Villa Park losing 7-2 which was an utter humiliation making Dean Smith’s team in second just behind Everton who are at the top  of the league table going into the international break.

Everton have had the second best summer alongside Aston Villa with of course Chelsea leading the way. They have spent very less, and have got arguably the third best manager in the league. The players are playing in the exact way Ancelloti wants them to, and the club has got James Rodriguez, Allan, and Doucoure for a combined £45 million and got Ben Godfrey for  £25m from Norwich City which is just unbelievable. The club has done fantastic business improving all the areas that needed to be addressed.

James Rodríguez continued the fantastic start to his Everton career vs Brighton:

The toffees are playing fun, exciting football, on the front foot and have already beaten Tottenham and scored 5 and 4 goals in 4 of their games. James Rodriguez has created the most chances in the league and has 4 assists, Dominic Calvert Lewin has scored a hat trick twice and the team is a force to be reckoned with.

The major issue that still exists is the goalkeeper in Jordan Pickford who is not the level of a top 4 side, who conceded the second most goals just behind Kepa which is very telling. The lad is not known for his distribution either and the club needs to strengthen in front of the net. The other issue is squad depth as there are no players who could fill the shoes of James, Richalison or Calvert Lewin.

Everton have rolled over in merseyside derbies in the past 20 years but this season the story will potentially be very different. This summer has been a massive turning point for the club. Their full backs in Digne and Jonjoe Kenny are great, Ancelloti has James and Richalison playing as two centre forwards who come inside and also found a role for Andre Gomes.

Richalison has been missing absolute sitters as of now, and hopefully can find his scoring boots that will further strengthen Everton’s attack. Carlo Ancelloti has been able to get the best out of Tom Davies, and Iwobi as well.

With the favorites Liverpool and Manchester City not having a great start and Man United not having the players they wanted and Chelsea adapting to a new life, there are not many clubs challenging for top 4. The only teams in between are Spurs, Wolves, and Leicester City that will challenge Everton for that 4th spot if we assume that Chelsea will be third.