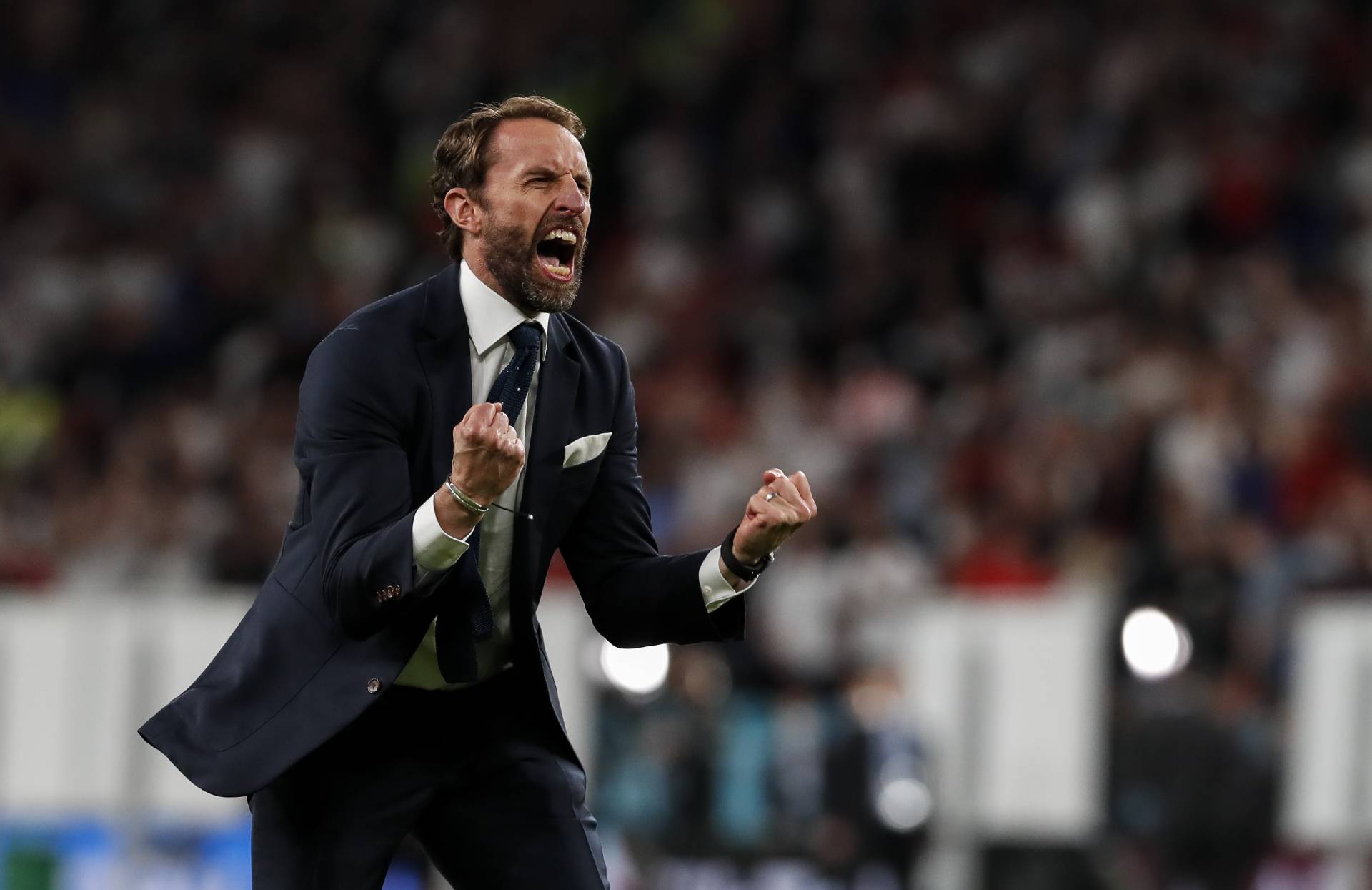 “It’s a day that you sometimes never think will come through all the pain and dismay we’ve had in tournaments over the years, but we’ve finally got to a final. The atmosphere at Wembley was absolutely amazing. Gareth Southgate said it was the best atmosphere he’s seen at the new Wembley.

“Obviously, he was at Euro 96 for that Holland game where we beat them 4-1 and it was special against Holland, special against Spain in the quarter-finals, but last night it seemed more special. Maybe it was because I was in the crowd and I was up on that second tier. You were in amongst it and also the fact we’ve had no real fan presence in stadiums for 18 months, it just felt like it was a massive outpouring of emotion.

“It was mesmerising at points in the game and even pre-match. I’m not surprised that in the first half an hour the players were a little frantic and didn’t really demonstrate composure in their performance. They were a little bit affected but you couldn’t not be. The noise around you was just absolutely incredible.

“It’s okay to say football players should remove themselves from the atmosphere and the emotion but they had been feeling it for the last two or three days. They’ve had families and friends ringing them and they’ve obviously got into the stadium and they are down there by the pitch, and you can just feel it. Then, they did settle down after half an hour, but the crowd were an absolute joy and a dream.”

“I’ve watched England many times over the last 10 years and I’m normally quite cold about football. Sometimes I’ll get a bit worked up about Man Utd games, but I watched the England vs Germany game last Tuesday and I felt quite emotional during that match. Maybe it was just the fact that 25 years ago I was sat there in the crowd. I didn’t play in the semi-final because I was suspended and watching the team I was thinking about how many times we had come out on the wrong side of these types of matches and how many times is it us that have the bad headlines the morning after.

“Just seeing those lads overcome Germany last week, I did feel quite emotional. Then, [against Denmark], it was honestly mesmerising. It was spine-tingling being in that stadium. I grew up adoring Manchester United and loved playing for England. So, for me, I always loved my country. I loved playing for England but never really got to the point whereby it gripped me like this has in the last seven to 10 days.

“I loved watching the team in Russia, but this is obviously completely different being in England. It’s so special, especially with the fans not being in the stadiums in the last 18 months. I just think it’s the way the team and the players have conducted themselves and the way in which they have behaved over a period of time now and performed.

“Last night, like everyone else, I am absolutely overjoyed and delighted that we won but it actually wasn’t the most important thing. It’s the fact I genuinely trust the manager that we’ve got. I genuinely think the players are a good bunch of lads who love playing for England, who have removed all the cynicism and cliques that I was part of for many years with England.

“So, credit to them. They deserved what they got because of the way in which they have handled themselves. Not just on the pitch, but off the pitch as well.”

“Never a penalty in a million years,” said Neville.

“I always think, what would the headlines be, how would we feel this morning, if we were on the other end of that penalty? We’d be absolutely devastated. But I genuinely think that team would have succeeded without that penalty. I think it would have done something different and got that goal. When (Kasper) Dolberg and (Mikkel) Damsgaard went off for Denmark, the game changed completely, and they lost their legs. I think the goal would have come. It was never a penalty, it was really soft, but I’m glad we got it!”

“It was a tough decision because of the stigma that goes along with a subbed sub. It wasn’t a tough decision in terms of the football call or the tactical call. It was the absolute right thing to do. Grealish has been absolutely outstanding the whole way through this season and I love him to bits, but he was the right player to take off.

“He was struggling to get into the game from an attacking perspective and from a defensive point of view over on the left, he’s not as strong as the rest of them. It wasn’t a difficult call from a football point of view, but it was from an emotional point of view. But Gareth has proven many times during this tournament that he will make the tough decisions for the better of the team.