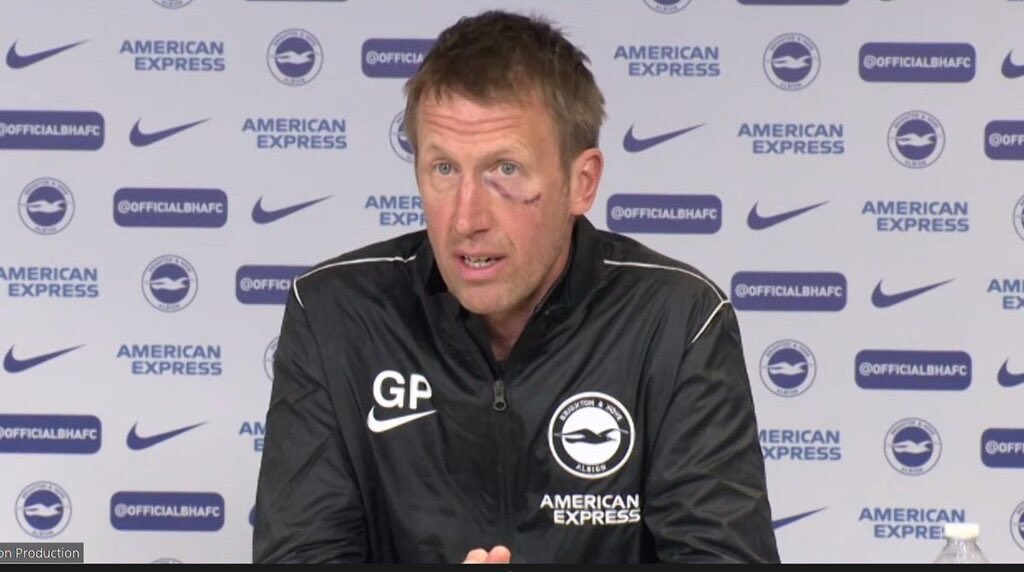 “It doesn’t feel comfortable to me because we need more points, it’s as simple as that. And we want to try to get more points,” said the Brighton boss.

“If we had won (at Sheffield United) then of course we look like accumulating quite a decent total, but now we just focus on Saturday.

“It’s not enough because there’s a lot of points to play for. We have to just focus on one game at a time. Every opponent is fighting for something.

“We are at that stage of the season where everyone is fighting for something, even if it is pride like Sheffield United.

“I think all the games we have to play we can be competitive in, and we have proved that, and we have got a chance to get points in all of those games – but equally we could lose. And that’s the beauty of the league and why it is the best league in the world.”

“We know what’s happened, we’re a Championship club next season, but that doesn’t mean we’re not going to give everything between now and the end of the season,” said Heckingbottom.

“We might be planning for next season but we have to pick up points and give performances like that.”

“They (the players) are desperate to still be in the Premier League, even though that can’t be possible, but hopefully people can see the intent and the desire to get back here.