LAMPARD : CHAMPIONS LEAGUE WILL HELP US IN THE TRANSFER MARKET 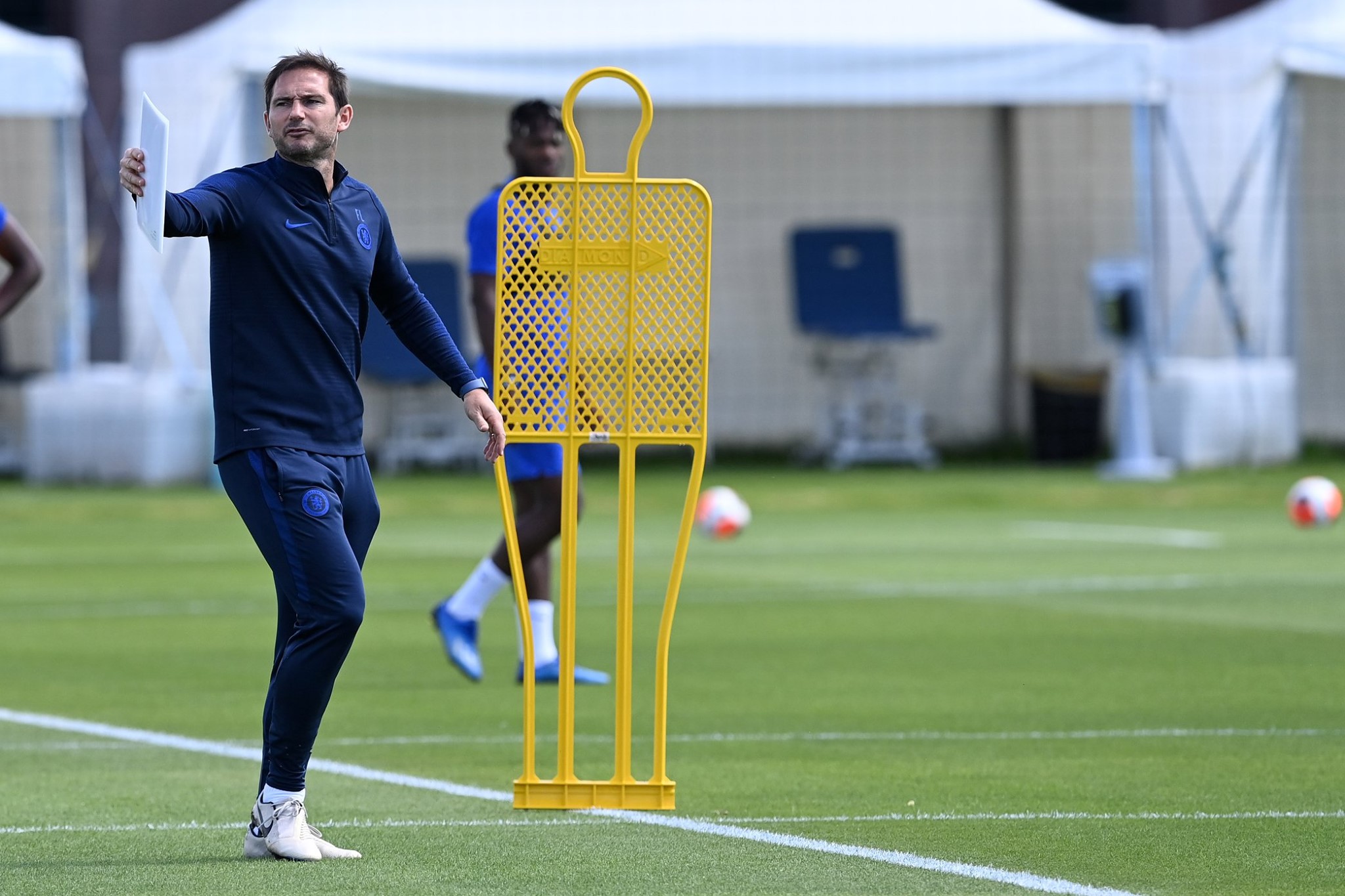 Chelsea have been quite proactive in the transfer market signing Hakim Ziyech from Ajax and the highly rated German Timo Werner from Leipzig in order to strengthen the squad. The blues are now on a hunt for a goalkeeper after having a disappointing first season with Kepa, a left-back and a centre-half. They’re reportedly after Ben Chillwell and also Rice from West Ham, but they know that it’s not gonna be easy.

Chelsea manager Frank Lampard said : “It’s massively important for the club,” Lampard told reporters on a Zoom video conference call. “Not just for the prestige. But if you are a club on the world stage like Chelsea have been you want to compete at the highest level and attract players of the highest level.

“It obviously generates money for the club, let’s make no bones about it. So you understand why there is such intense scrutiny on who finishes in the top four. It would have been unheard of a good few years ago. Now it becomes not a trophy but an accomplishment in itself. We want to move further than that so we look on upwards in the Premier League but getting into the Champions League has to be, even with the way this year the season has gone, it has to be an aim for us.”

“I understand the black and white judgement of the outside world and the Chelsea fans about it because it’s a clear objective to get into the Champions League, he added. My feeling is when you’re inside and you’re working daily and searching for improvements and signs in where you want to get to, it’s that whether you come in the top four or whether it was not to quite work out for us from some of the strides we’ve made this year, there are huge positives that I feel at the club and in what we may do going forward.

“I have a huge desire to get there but I’d still feel we’ve made huge strides. We weren’t really in too many people’s top fours at the start of the season. We’ve forced ourselves in there. I desperately hope we get there. But for me, it shouldn’t put this club off its stride much because there were a lot of testing moments this year. We’ve shown intentions of moving in the right direction.

“I hope I’m showing that in the way I’m working with the players and I think the players are showing that with performances like Sunday. I get that it’s black and white on the outside. I don’t think it should be on the inside.”

The blues are currently in 3rd place, just one point ahead of the high flying Man United and face Liverpool on Wednesday in a crucial Premier League tie in the race for the top 4.

Lampard on Liverpool : “I’m not sure many expected Liverpool to be so dominant in the results they had, up until the back end of the season, once they won it. I understand that we are behind them – the points and that gap doesn’t lie, necessarily,” the manager explained.

We’ve seen the work of Liverpool in the last two or three years to understand how they get there. We have to work in our own way towards that. They’ve added well to their squad.

They’ve recruited at really good time, with really important players, and they have an incredible manager who develops players. So in our own way we have to try and find a way how we move forward, to try and close that gap, which is, which is still pretty big. We want to close the gap. I’m not here to try to buy time.

“I’m here to try and get as quickly as we can and as fast as we can to be where we want to be. But we have to understand that there may be still a bit of a work in progress there.”