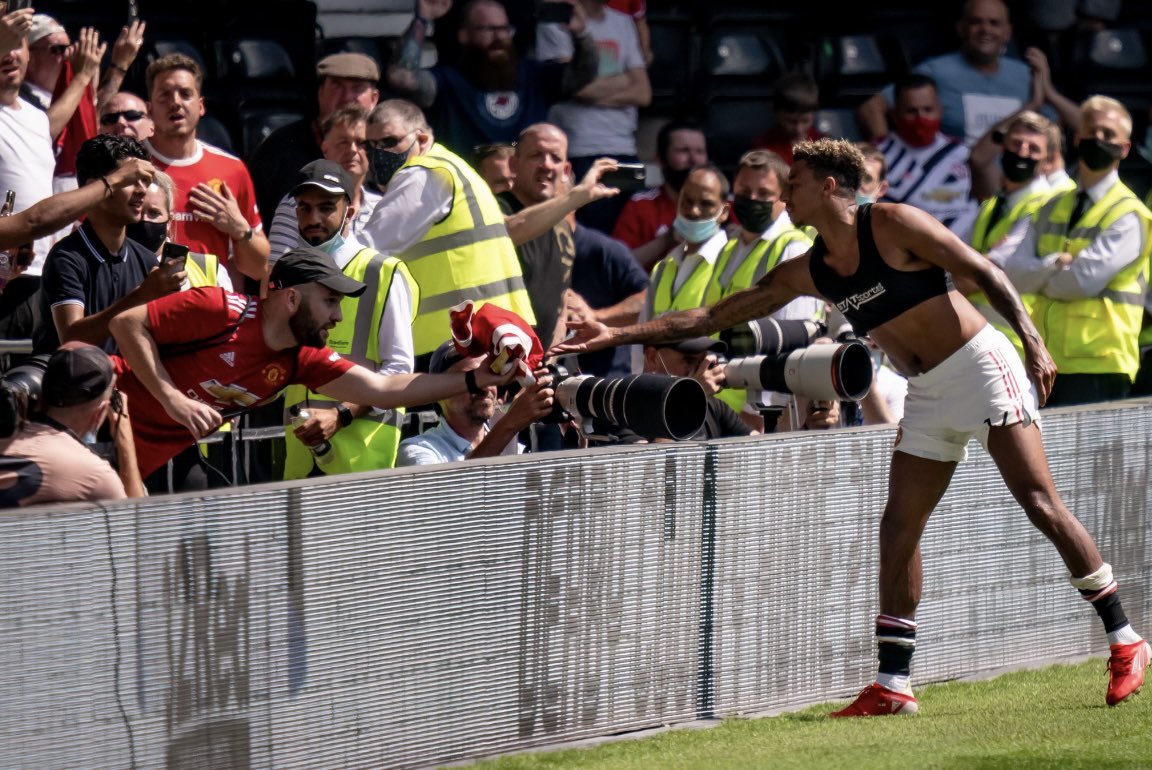 Man United are preparing for the next season, with a win against Derby County in the pre-season friendly on Sunday. Manager Ole Gunnar Solskjaer was asked various questions about Rashford, Varane, and Lingard in the press conference.

After the game, he said: “He was one of the positives. He’s a Manchester United player and he wants to fight for his place.

“He’s come back bright, confident and with lots of energy. I think everyone saw what he did at the end of last season with West Ham.

“He’s still in my plans. I expect him at Man Utd at the start of the season.”

Commenting on the Sancho move, Solskjaer added: “There are a couple of things to do with paperwork but we hope we can announce one player who has had a lot written about him. We are working, we want to have a strong squad.

“I don’t think it’s a secret we have a deal with Dortmund, but until the paperwork is done he is still a Dortmund player.”

“We have to make the best decision for him for what to do with his injury, we still have not decided the course of action,” Solskjaer revealed.

“We’ll definitely support him. Football fans will support him, they know the courage it takes to take a penalty in such a game – it’s a win in itself,” he added.

“The action of some are not reflective of the majority of football fans.”