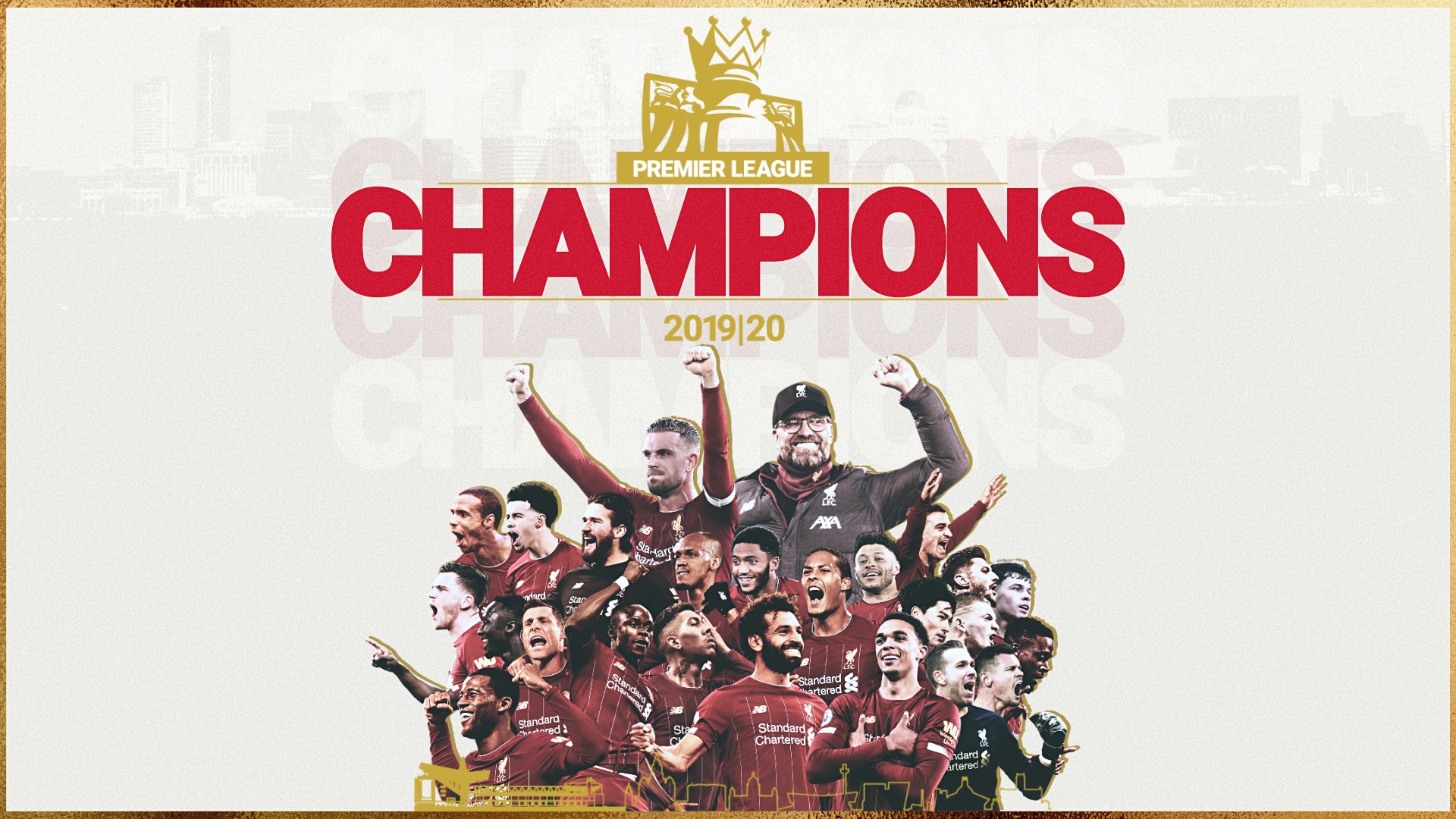 Liverpool are finally the champions of England following the 2-1 defeat Manchester City had against Chelsea at Stamford Bridge last night. The Reds have won the Premier League in style, with 23 points clear of second placed Man City, and it was just a matter of time that they won the title after the disappointing run of games towards the end last season when they failed to make the double with the UEFA Champions League.

“No, unfortunately not because if I tried to start talking about it [how I feel] again I will start crying again and that doesn’t work really well! I am completely overwhelmed; I don’t know, it’s a mix of everything – I am relieved, I am happy, I am proud. I couldn’t be more proud of the boys. How we watched the game tonight together, we knew it could happen, it couldn’t not happen, we didn’t know. We want to play football and we are really happy that we are allowed to play again – then when it happened in that moment, it was a pure explosion. When we counted down the last five seconds of the game, the ref counted down a little bit longer than us so we had to look at two or three more passes! Then it was pure… I cannot describe it. It was a really, really nice moment. Directly after it, I felt so empty inside – I cannot believe it, I am really not happy with myself in the moment that I feel like I feel, but it’s just a little bit too much in the moment. I will be fine, nobody has to worry. I actually couldn’t be happier; I couldn’t have dreamed of something like that and I never did before last year, honestly. We were not close enough three years ago, a year ago we were really close… what the boys have done in the last two-and-a-half years, the consistency they show is absolutely incredible and second to none. Honestly, I have no idea how we do that all the time. Last night, a very good example – we played a game like the stadium is fully packed and everybody is shouting ‘Liverpool’ or whatever constantly. It is a wonderful moment, that’s what I can say.”

“There was no alternative. This morning we thought about it, shall we do something and then we thought maybe not compulsory, the boys have to drive a little bit… and then I said, ‘No, we have to make it compulsory, everybody has to be there’ because I am more experienced and I know who will stay at home and watch it alone will regret it for the rest of his life. So, we came here together, it is our bubble, it is the people who are with us everyday, we are all twice-a-week tested so we are fine since we can train again and it’s a nice moment. It is wonderful to share it, but we share it with everybody out there as well because we are here, they are there, but we are all together. My message is: it is for you out there. It is really for you. I hope you feel it. I hope you saw it last night, not only last night but after a long time, last night again. It is for so many people. Kenny Dalglish and Graeme Souness spoke to me on another interview and they were obviously very positive about us. That’s nice, [but it’s] thanks to them because this club is built on what they did. It is built, of course, on Shankly and Paisley and Fagan and all the others, but on these players… Steven Gerrard – this club is built on, in the last 20 years, on Stevie’s legs. He had to carry all of the pressure on his shoulders and he did that exceptionally. I am really happy that we can deliver this title to him as well. The boys love being part of this club, they love being part of the story of this club and the history. It is so nice how we learned how to deal with the history, how we learned to use the history in the last two years. It is just amazing.”

The fans expressed their excitement by coming out on the streets and also outside Anfield to celebrate the title win. They’ve waited a long time for this day and the team will receive the guard of honor in their next game against Man City on July 3rd 2020.