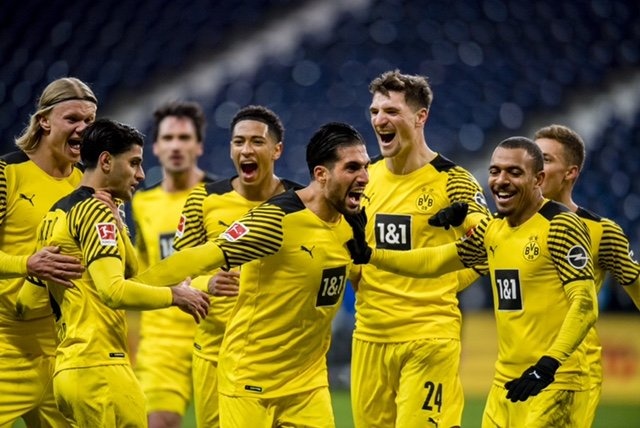 Borussia Dortmund will host Freiburg for their Bundesliga game at the Signal Iduna Park on Friday night. BVB are currently second in the division, six points behind Bayern in the same number of games (18), while Freiburg occupy fourth, seven points behind their opponents in this match.

Dortmund have not won the Bundesliga title since 2012, but they’re aiming to close the gap here with Bayern to three points and keep the pressure on. Bayern’s surprise loss at home to Borussia Monchengladbach last time out would certainly have boosted Dortmund, who will enter this match off the back of a 3-2 success at Eintracht Frankfurt.

A record of 12 wins, one draw and five defeats has seen the Black and Yellows collect 37 points. This has left them six points behind league leaders Bayern Munich, and they look to close the gap. They’re also seven points clear of Freiburg in fourth place. Marco Rose’s side face Hoffenheim and Leverkusen in their next two league games, which are very important games for the German outfit, and they cannot afford to lose.

Dortmund have an excellent form at home this season, winning eight of their nine games, the only loss coming at the hands of Bayern Munich. Freiburg have the second-best away record in the Bundesliga this term, collecting 15 points from nine matches, with only Bayern gathering more points on their travels.

Freiburg have performed well above expectations in the Bundesliga this season, winning eight, drawing six and losing four of their 18 matches to pick up 30 points, which has left them fourth in the table. Christian Streich’s side finished 10th in Germany’s top flight last term but are currently challenging for a top-four spot.

They have actually beaten Dortmund in the last two matches between the two teams, including a 2-1 success in the reverse fixture back in August. The visitors have only lost one of their last five league games.

Dortmund will again be without the services of Roman Burki, Manuel Akanji, Luca Unbehaun, Mateu Morey and Marcel Schmelzer for Friday’s contest with Freiburg.

Jude Bellingham, Erling Braut Haaland and Marco Reus are all certain starters for the hosts.

Nico Schlotterbeck could be cleared to feature for this game.