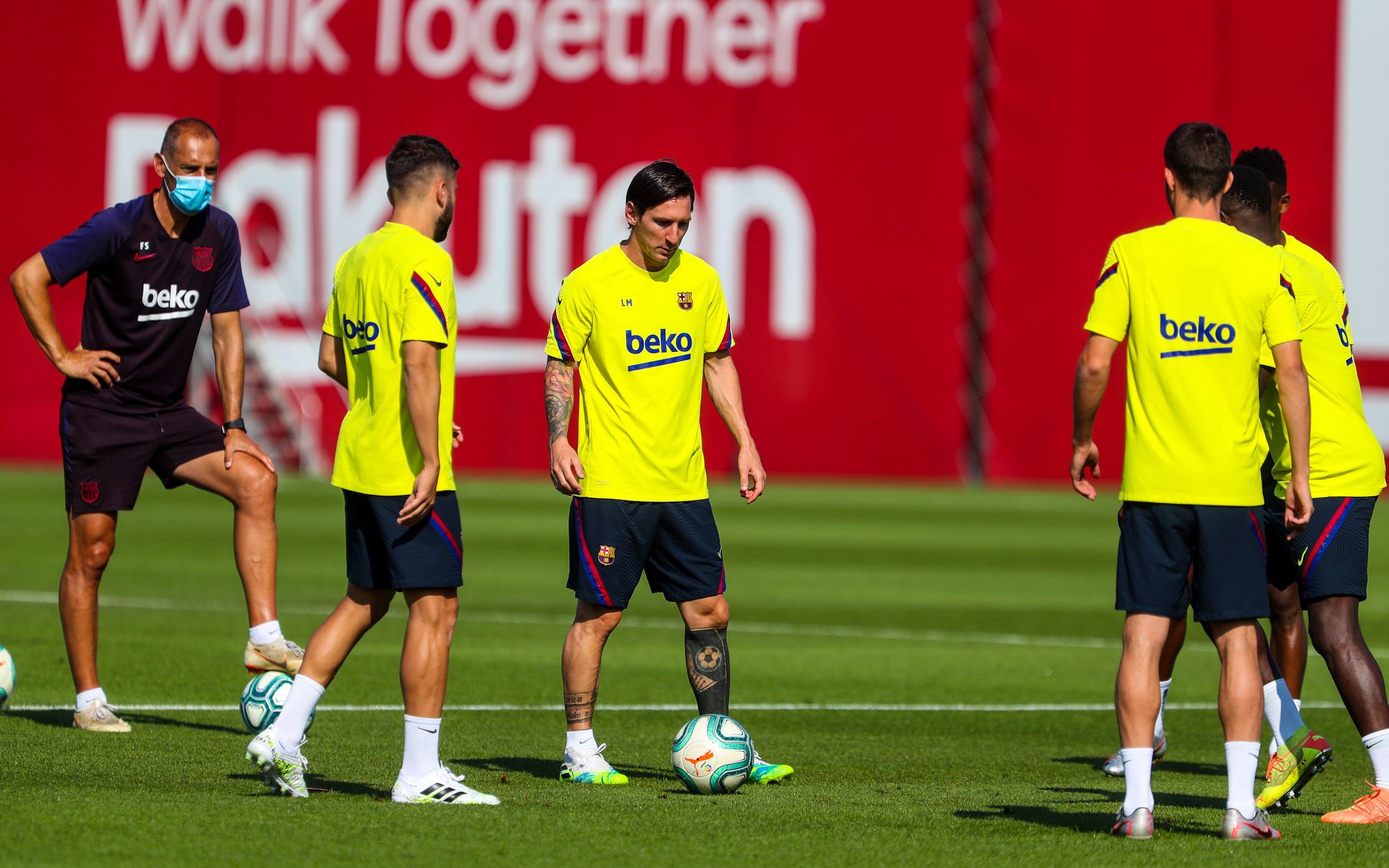 FC Barcelona will face Atletico de Madrid in round 33 of La Liga and they need a win because reportedly, the future of Quique Setien depends on it. The team has not been playing well, and getting the results and this game is a do or die in terms of the title race. Barcelona are not in a good place, with Arthur sold to Juve, and lack of creativity in the final third has been the narrative so far even in the Setien era, things have not been really better. There have been talks about disunity between the manager and the players.

Barcelona are likely to play their strongest 11 on the pitch in order to break the defensive wall of Atleti, and again there’ll be a high dependence on captain Leo Messi. But the introduction of Riqui Puig would make things interesting as the lad has been instrumental in the little bit high pressing the blaugrana have done so far in the previous couple of games. Vidal would provide the physicality needed and Bousquets would play the holding role as he’s back from suspension and we won’t see Arthur due to his departure to Juventus.

Diego Simeone will play a highly defensive line as he always does, and expose Barcelona at the counter, the pace and the physicality will be provided by Joao Felix and Diego Costa. It will be very difficult for Barcelona to break their defence and score against Oblak, who is as good as Marc Andre Ter Stegen in goal. They’ll make things very frustrating for Barcelona.

Barcelona are currently 2 points behind league leaders Real Madrid and need to win every game from now on, and expect their arch rivals to drop points somewhere. Madrid have an easier run of games, and given their current form, it’s unlikely that they’re gonna slip up. Atleti sit in 3rd place with 58 points but they need to keep the winning run going in order to guarantee Champions League football as just 6 points separate them with 5th place Getafe who are slowly closing in.