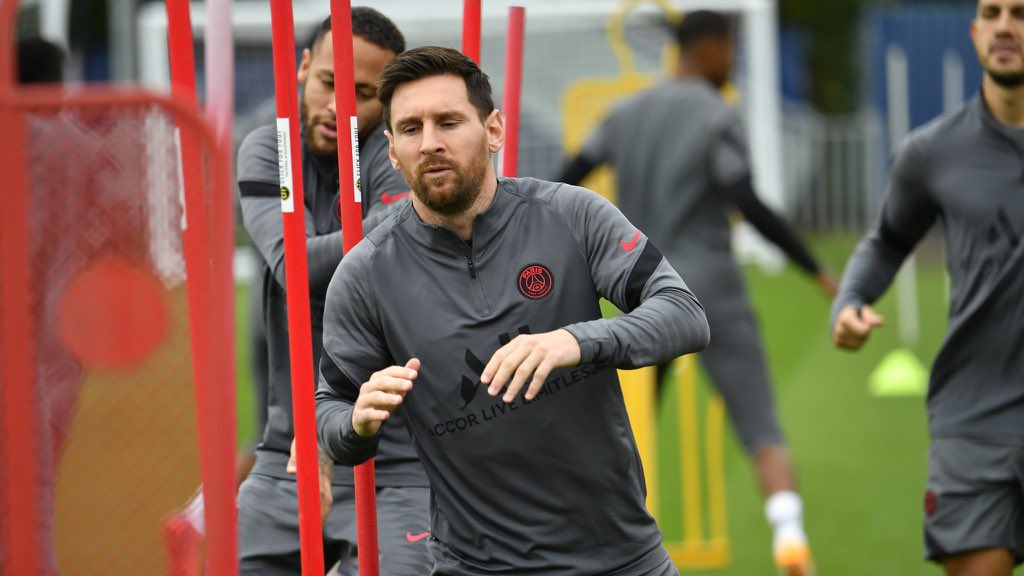 Manchester City travel to Parc de Prance to face PSG in the second round of the group stage game in the UEFA Champions League on Tuesday. The away side is looking to add to the tally after a 6-3 thriller at the Etihad on the opening day of the competition. The two sides are meeting again after City beat the French in the semi-finals of the competition last term.

Parisiens, along with the neutrals finally got to see a front three of Mbappe, Neymar, and Lionel Messi. But it didn’t quite go their way. Club Brugge did not let them get all three points on the opening day of the competition. A goal from Ander Herrera and another from Hans Vanaken held PSG in Belgium.

But the French have maintained their 100% record domestically, with the latest win against Montpellier HSC last weekend. They have quite a run of games coming in with Rennes, RB Leipzig, Marseille and Lille all in the next four weeks.

Man City beat RB Leipzig 6-3 in order to make a statement on the opening day of the European competition. The visitors come into this game after beating Chelsea at the Stamford Bridge on Saturday. Pep’s men have six wins from the last seven games in all competitions, scoring 24 goals in the proces.

Layvin Kurzawa, Juan Bernat and Colin Dagba have all returned to training.

Di Maria is out for the game due to suspension.

Lionel Messi and Sergio Ramos are expected to start the game.

Gianluigi Donnarumma will start the game in goal.

It remains to be seen whether Oleksandr Zinchenko will recover from a knock in time for the battle, but Ilkay Gundogan is out.