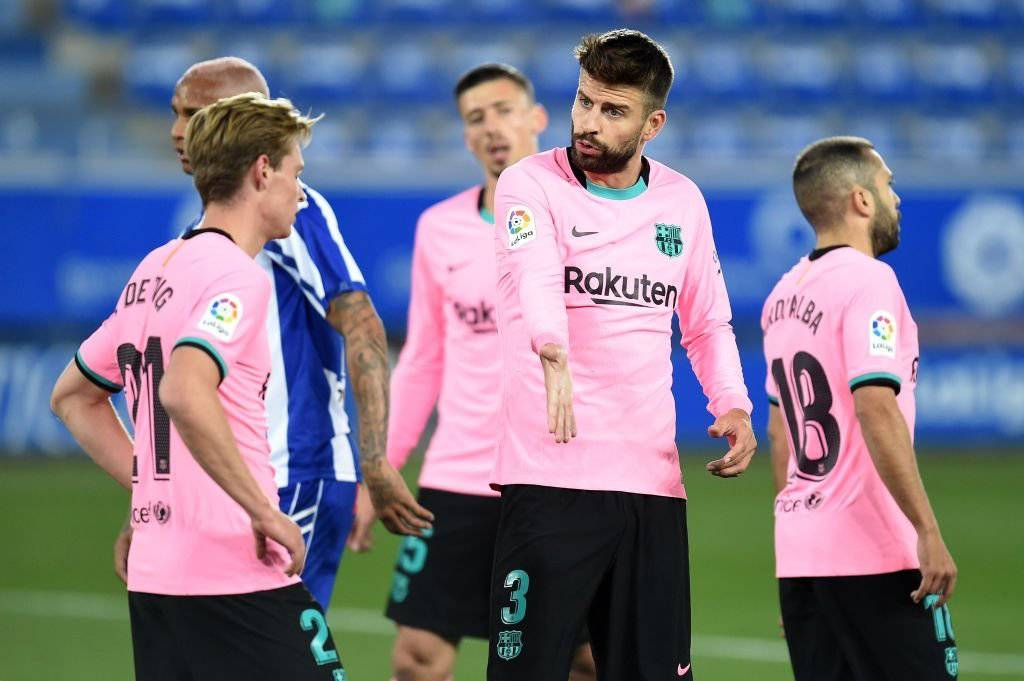 FC Barcelona traveled to Alavés for the 6th round of La Liga only to come back with a 1-1 draw in a rather boring game at the Mendizorroza Stadium. Ronald Koeman has now failed to win in the last 4 matches in La Liga. Since earning three points per win in LaLiga, Barcelona have equaled their worst tally after the first six games in the competition (8 points, as many as in 2002/03 season.

Ronald Koeman went with Antonie Greizmann, Messi, Ansu Fati, and Dembele in attack with the former Atletico player playing as a number 9, and was on the scoresheet in the second half for the equalizer. Alavés scored due to a horrible mistake by Neto who stumbled on Gerrad Pique’s pass giving Luis Roja an empty net to score. The Barca manager made the necessary changes at half time after receiving criticism that he made changes too late bringing on Trincao, Pedri, and Pjanic, and it made a difference. Pedri played really well in the left side of midfield being a real threat to the opposition. Trincao provided the depth needed on the right wing as well.

But the blaugrana could not capitalize on the chances they had. Messi lost the ball 27 times against Alavés, more than any other Barça player on the pitch and the team had 25 shots tonight, but could only score from one, making it a conversion rate of 4%. Fernando Pacheco, the Alavés goalkeeper made 7 saves, denying Barça multiple times from scoring the winner. Real Madrid are at the top of the table with 16 points with the Catalans in 12th position with 8 points.

The positives for Barcelona apart from Ansu Fati are Pedri and Trincao who came off the bench and showed what they can do, their potential clearly visible on the field. The away form for Barcelona continues to be an issue with the first half being very slow and not at all progressive. Pedri changed the pace of the midfield completely in the second half, and Bousquets is clearly off his game at the moment.

Messi received a booking and is one away from a match suspension which could easily happen given his frustration on the pitch. Also, the Argentine is not the player he once was, as he’s ageing, and the kind of impact he could make earlier won’t be the case from now. He has not scored from open play seven games this season. He is not the driver of the team anymore, and the players around him now have more responsibilities on the pitch. Koeman is doing everything he can to make sure that Messi doesn’t have to exert as much as he did earlier, with having a great system around him but it hasn’t paid off very well.

“This goal will help Griezmann in the upcoming matches. We had many shots on the goal, but all of them were hitting the opponent’s defense who were lumping. It’s not possible for a team like Barça can’t create a lot of chances and score one goal. “

“Of course I am worried about getting 2 points out of 12. The game and style was somewhat good, but what I am worried about is the efficiency in front of the goal. We did everything to win the game, we played the way we should. You can’t criticize the performance of the team, we didn’t utilize the chances we had. Neither today nor against Juventus.”