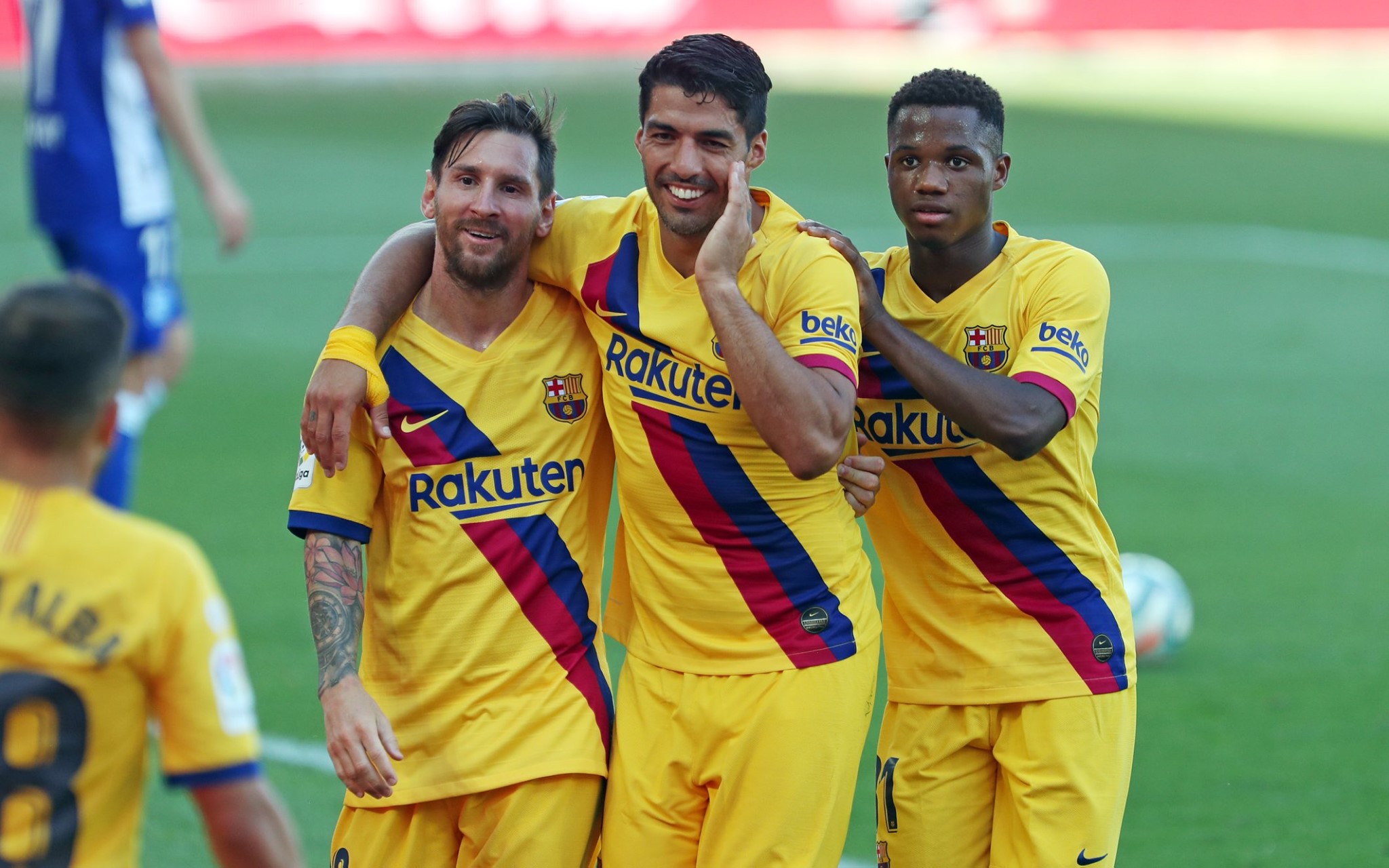 FC Barcelona missed out on the La Liga title but they did end the season on a positive note with a 5-0 win away against Alaves with Leo Messi once again being star of the show. Quique Setien had just 16 players wherein 3 were goalkeepers which meant that he could really use only 3 on field player substitutions. Dembélé, Griezmann and Umtiti were out injured while Pique, Firpo, and Rakitic were suspended and Arhut wasn’t selected. As a result, La Masia graduates Ansu Fati, Riqui Puig and Ronald Araujo stepped up and put on a rather convincing performance for the club.

Barcelona hit the woodwork 3 times with Fati, Riqui, and Messi but  took the lead in the 24th minute when captain Leo Messi assisted the 17-year-old Fati making it his 7th goal of the season, a great record. Messi got his goal in the 34th minute, just after the cooling break and Suarez after missing 2 simple chances scored just before half-time. Nelson Semedo scored his first of the season in the 57th minute after coming on for potentially injured Lenglet and Messi got his second in the 75th minute making it 5 for the blaugrana. They dominated the entire game, Puig got 2 assists in the game, and will most likely start in the Champions League tie against Napoli in August.

Quique Setien after the game : “It’s true that we performed a deep reflection of the situation. We are all excited about the Champions League,” he said.

“It’s true we spoke and it served for a lot because we’ve cleared something up.

“It’s something I’ve seen in this game and with this result, that allows us to face the future with more confidence. Today was special because the sensations were good.”

Messi after the game : “It hasn’t been a great season but we have taken an important step today in terms of attitude and commitment and things can follow on from that. We have to go out with the same attitude as this or maybe even more… we have shown we can change,” he said.

“We need a bit of calm now, in this break. Wipe the slate, and come back for what we have to do. We have said what we had to say, the self-criticism. Now it is about showing that things can change. And today was important step forward in that.”

Barcelona face Napoli in the round of 16 in the Champions League on August 8th at the Camp Nou and are currently ahead on away goals.