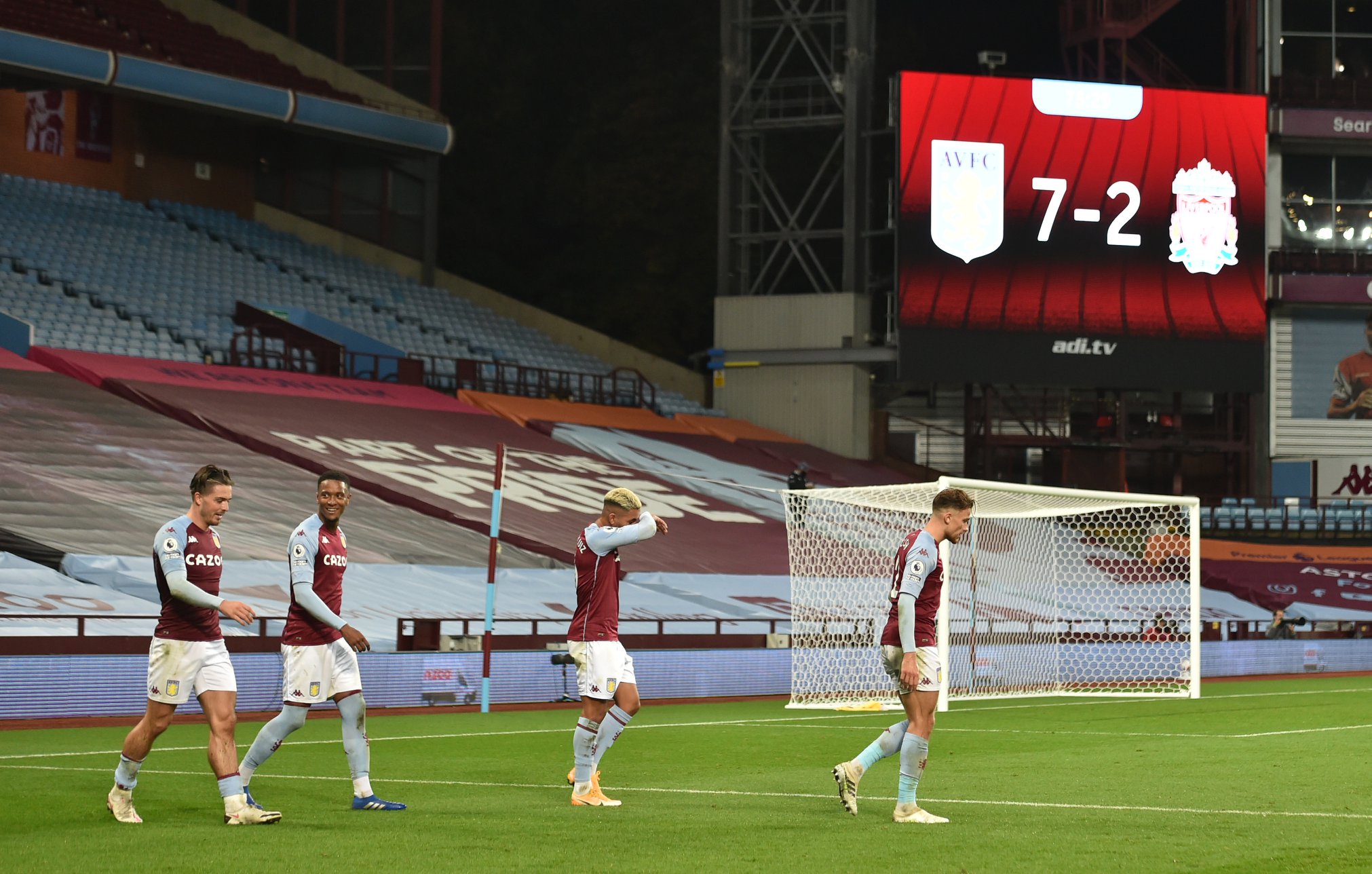 Liverpool travelled to Aston Villa in the 4th round of the Premier League and got thrashed 7-2 by the hosts in a rather thrilling game giving Ollie Watkins a hat trick and Jack Grealish a brace in the process with Ross Barkley and John McGinn on the scoresheet as well. Mo Salah got 2 goals for the Reds as a consolation. This is something that has never happened before, the champions conceding 7 goals to a side that just about avoided relegation last season.  Liverpool goalkeeper Adrian’s mistakes cost Liverpool 2 goals.

Liverpool got off easy thanks to Ross Barkley missing three amazing opportunities for Villa on his debut. Aston Villa is now sitting second in the Premier League table on goal difference going into the international break. There was such a lack of communication between the Liverpool defence that left them exposed, it was not just the goalkeeper’s responsibility to keep Villa from scoring. Joe Gomez’ performance was not convincing at all, the team was completely out of shape most of the time. Jack Grealish was the star of the show for the home side and the Reds couldn’t handle the midfielder.

The high line played by Liverpool was the reason they have been vulnerable. Liverpool’s defensive performance was an issue ever since the restart after the coronavirus and it was also evident in their game against Leeds where they conceded 3 goals at Anfield. Now, one could argue that it was an anomaly, given their reputation. Klopp’s men have not been good for a while, and no one saw this coming. Given that there’s an international break, they have an opportunity to put things back together and come back stronger.

Virgil van Dijk to Sky Sports: “It’s hard to lose the way we have lost tonight.

“First and foremost, well done to Aston Villa. You have to give them the credit they deserve.

“But we are looking at ourselves, it just felt like one of those performances where we just weren’t 100 per cent at it from the start until the finish.

“It’s key to not get crazy or anything but we have to be stepping it up. The performance level between the last game against Arsenal in the league and today was too big. All of us, everyone, has to take responsibility.”

Aston Villa boss Dean Smith: “It was sheer hard work and quality within the team. When Jurgen Klopp says ‘Wow!’ to you at the end you know you’ve done well.

“The players executed the game plan against an exceptional team.”

Liverpool boss Jurgen Klopp: “I saw a game in which for different reasons Aston Villa did really well and forced all the mistakes we made, and then the game has a specific direction. The first goal had an impact, but it shouldn’t. Adrian made a mistake for the first goal, but we conceded goals like this in the past.

“The reaction was then, we lost kind of the plot. Our creating was really good, but we did not score. We still had good moments, but those good moments pretty much led to nothing, and their good moments led to big chances or a goal.”