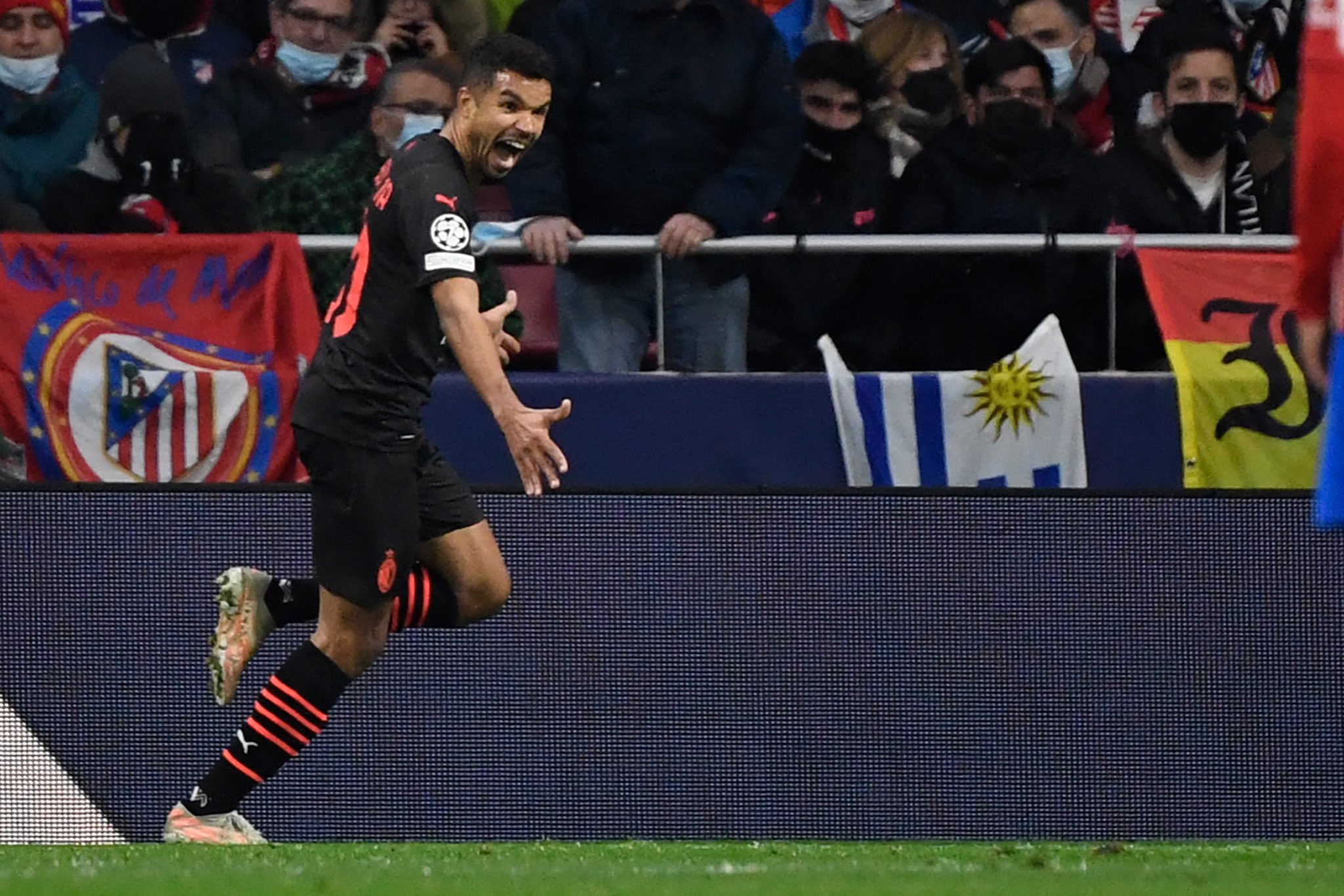 AC Milan beat Atletico de Madrid at the Wanda Metropolitano by one goal to get their first win in the UEFA Champions League group stage game. 30-year-old Junior Messias scored his first goal for Milan, in an incredible story for the lad.

Three years ago he was in the Italian 4th division. He used to deliver refrigerators and other household appliances whilst playing at the amateur level. Milan are currently ahead of Atletico Madrid as the internal goal difference is exactly the same (2 goals for them, 2 goals for the Spaniards). That’s why the overall goal difference has come into action.

In other words, the Rossoneri can’t be level on points with Porto if they want to finish above the, since both the internal points and goal difference record is better for the Portuguese side. Milan need the game between Porto and Atletico Madrid to finish in a draw. They could also go through if it ends in a win for Atleti, but only if the winning margin is the same as for them (for the goal difference).

“It was a hard game, a lot of work, with a lot of effort on the part of both to take advantage of the small details,” Simeone said post-match as carried by Marca. “They took the one they got and we didn’t with [Matheus] Cunha. The game eluded us.”

“From the result, everything can be seen as a positive or a negative,” he said. “You need to see the game better, neither they nor us were comfortable, there were few chances, it was a tight game that was decided by a single detail. These are the moments the Champions League doesn’t forgive you. It only lets you pass through if you deserve it. We’re going to try to prove we do [against Porto] and make it to the next round.”

Did you think you could get to a point where you can still qualify going into the game against Liverpool?

“The difficulties of the group were obvious, but I was hoping to get to the last with four points more. For some unfavourable situation we were close to it, but at the moment what counts for me is the performance of the team, against a very strong opponent. on a very complicated field. We deservedly won, playing an excellent match,” he said (via MilanNews).

What title would you give to this evening?

“I’ll leave it to you, I congratulated all my players for their performance. They showed quality and desire to play this match.”

How are Giroud, Leao and Ibrahimovic?

“Unfortunately he got hurt, he had pain in his flexor, the tests will tell how serious the injury is. It is the only discordant note of the evening, he was better after so many difficulties and did not want this. Leao was fatigued, it was not the time to take a risk and I hope he recovers by Sunday. Ibra is fine.

It is a miraculous evening for Messias who has gone from delivery man to this. The next game is played on 7 December, the day of Saint Ambrose. Are you expecting a gift?

“In the meantime, I would remove the miraculous, otherwise it seems that Messias is here by chance. Messias is here because he deserves Milan, he is late but he will prove he can stay there, he also has different characteristics from the others.

“Now we throw ourselves back into the league, we have two games to play carefully, we need great balance and great humility to face the rest of the season.”

FRANK KESSIE AFTER THE GAME

“We are all happy with this victory. Last year, we dreamed of playing the Champions League, we have to show everyone that we are Milan and we can play against any team.”

“We follow the coach and try to do whatever he asks. We are working hard at Milanello to play this type of match.”

“Atletico is a great team, they are playing Champions League every year. We are back after a long time. Today it was important to fight for every ball, the coach told us it was a very physical team.”

On the next matches…

“Today we are happy with what we have done, the Champions League is not over yet. Now let’s go back to Milanello to work even more and do even better than tonight.”

On the San Siro clash against Liverpool…

“We ask our fans once again to come to the stadium and be the twelfth man on the pitch.”

“It’s normal, after 90 minutes at this level and pace I’m tired. But I’ll be back tomorrow (laughs, ed),” he concluded.