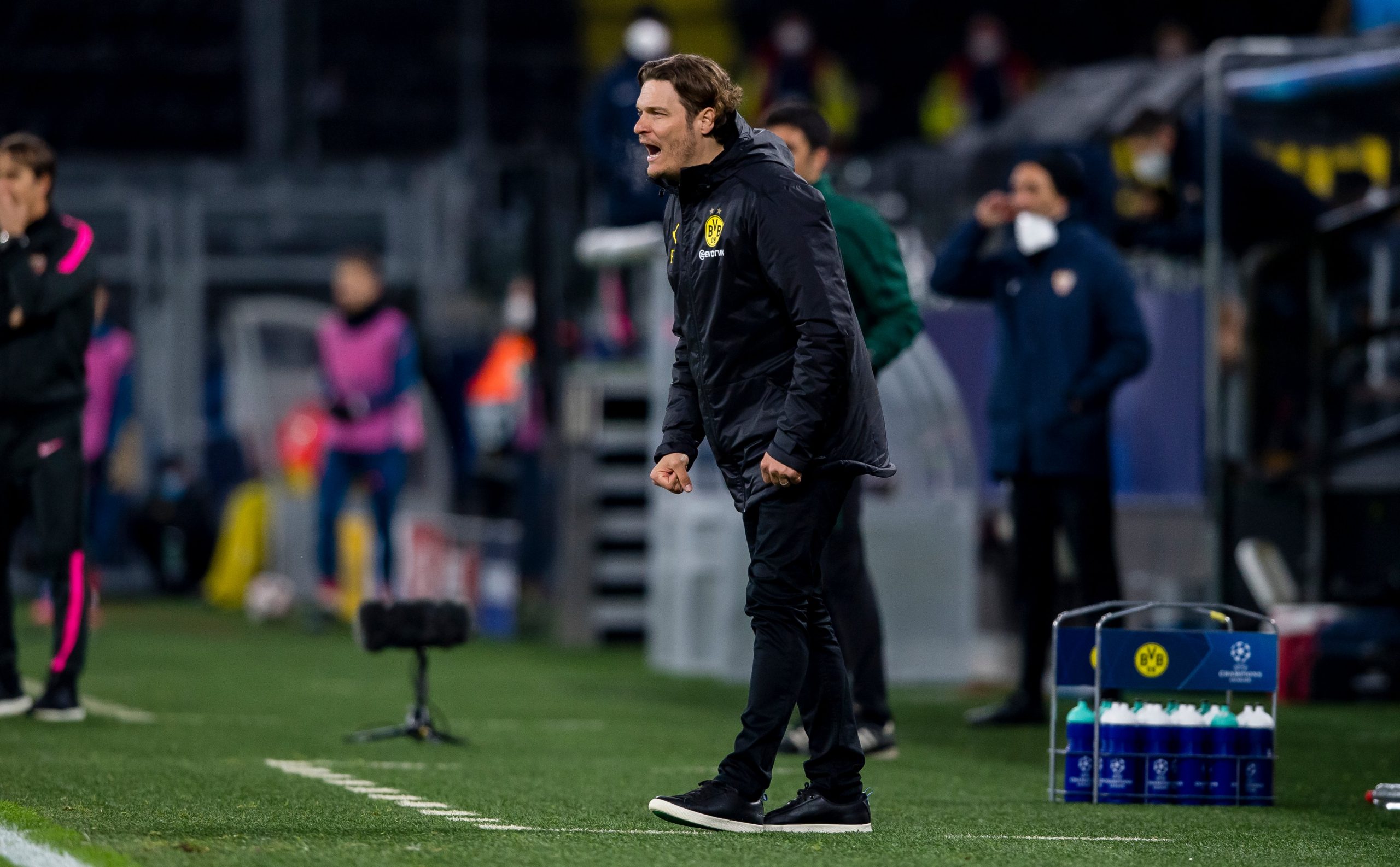 Borussia Dortmund advanced to the semi finals of the Champions League after drawing with Sevilla 2-2, (5-4) on aggregate with Erling Haaland scoring the two goals. Youssef En-Nesyri got two goals for Sevilla, but it wasn’t enough for the team to advance to the next round.

Borussia Dortmund have reached the UEFA Champions League quarter-finals for the first time since 2016-17, while the German side are unbeaten in their last eight home games in the competition (W5 D3). They scored for the 34th game in a row in all competitions, a club record for finding the net in consecutive competitive games.

@SofaScoreINT
Erling Haaland has now scored 20 Champions League goals in his career – tonight he's overtaken the likes of Johan Cruyff (19), Ronaldinho (18) and Franck Ribéry (18), among others.

Terzic post match : “It’s been turbulent. We are just happy. It feels really cool,” Terzic told reporters after the final whistle. “It’s not a matter of course for us to get this far. Now to be among the best eight in Europe makes us very happy. Erling Haaland is just outstanding.”

Julen Lopetegui post match : “It wasn’t just dominance,” the ex-Spain and Real Madrid coach said. “We didn’t allow a team with spectacular players to play, they barely left their half, but they have a lot of individual quality and they showed it, and it wasn’t easy to deal with that.

“Haaland? Yes, he’s one of the best players in the world and he’s punished us. We rowed hard to die on the shore at the end. We wanted to get through, and I think we deserved to. We played a great game.”

Erling Haaland post match : “First of all, it was a nice goal before but then it was penalty and then I missed and then cheated and I took it again and then I scored when he didn’t cheat,” Haaland said on Sky. “It was exact the same but then he stood on the line and first he didn’t stand on the line. To be honest, I was nervous a little bit for the second one, but after he was screaming in my face after the first one, I was thinking it would be even better to score another goal. That’s what happened, and that was nice.”

Asked what they two had said to each other, Haaland said: “I don’t know what it means. But I said what he said after I missed the first one. Maybe it’s karma in this world. I think so after this.”

“Now, I am tired. But next round feels very good,” he said.