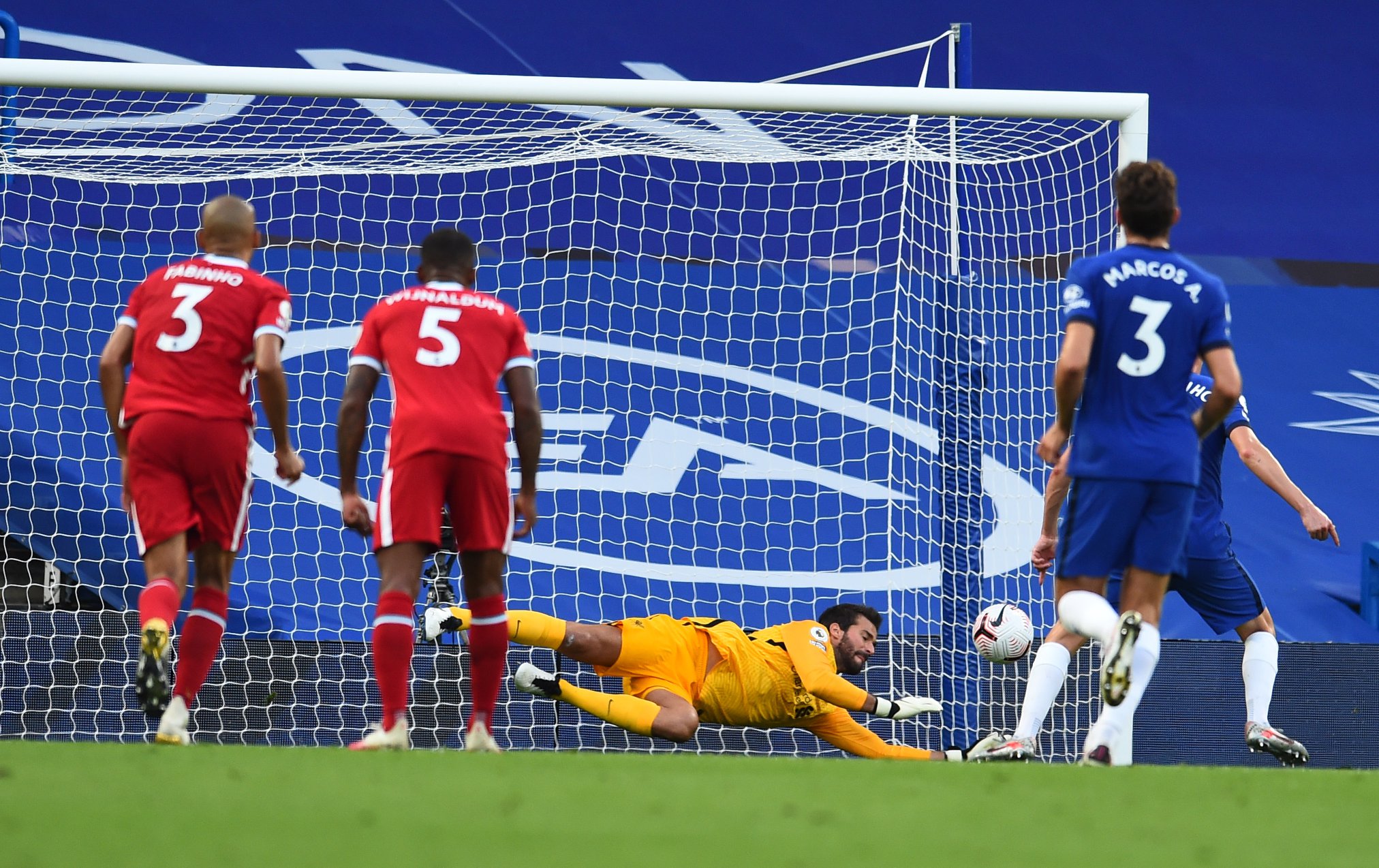 Chelsea hosted former champions at the bridge in the second round of the Premier League and lost 2-0 at home in a rather underwhelming performance. Frank Lampard put in his available strongest 11 and Liverpool did the same. Thiago was handed his debut in the second half as well.

The blues had a few chances in the first half with Timo Werner and Kante but Liverpool’s defence was intact as opposed to the previous game against Leeds. Fabinho started as a centre-back for Jurgen Klopp. The first bummer for Chelsea came towards the end of the first half when defender Christenson was given a red card, and rightfully so for tackling Sadio Mane and keeping him from scoring. The goals came in the second half, both scored by Mane from a great positional play from Liverpool, capitalizing on Chelsea’s defensive vulnerabilities.

The sending off for Chelsea completely changed the game, and Kepa made an awful mistake that led to the second goal. Jorginho also missed a penalty for the blues as the star goalkeeper in Allison saved it. Liverpool showed their class, and Thiago played really well for his debut.

Despite only being subbed on at half-time, Thiago Alcántara registered 89 touches and 75/83 accurate passes today, more than any other Chelsea player.

He also completed 10/12 accurate long balls, more than any other outfield player on the pitch!#CHELIV pic.twitter.com/AYkz2UMrmA

Liverpool got all 3 points from London, business as usual, and they clearly were the better side. Klopp can be vocal on the touchline himself but did not take kindly to Lampard’s decision to fan the flames after the final whistle with this accusation of arrogance.

“Frank was in a really competitive mood and I respect that a lot. You can pretty much, from my point of view, say what you want in a situation like that. For me, it’s after the game. It’s completely over. I have said a lot in the past because it is pure emotion. But what he has to learn is to finish it with the final whistle and he did not do that.

“Speaking after it like this is not OK. Frank has to le”We live in a world at the moment with a lot of uncertainty,” Klopp explained. “For some clubs it seems to be less important how uncertain the future is – owned by countries, owned by oligarchs, that is the truth. We are a different kind of club.arn. He has a lot of time to learn, he is a young coach. But he has to learn.”

Timo Werner played decently well, and had a couple of chances in the first half. Chelsea’s midfield was not able to get the ball forward to the wingers and the strikers, they were outplayed by Liverpool who pressed them very high up the pitch. The two new boys are still getting used to the Premier League, but have a lot of pressure due to their transfer fee. Lampard is clearly missing Christian Pulisic on the left who is out injured.

Also, Thiago Silva and Chillwell will be playing probably two weeks, and they’ll be expected to make the defence way better than it is now.  Eduard Mendy to Chelsea is almost complete, it’s just a matter of days, a key piece of the puzzle for Lampard as he needs to compete at the highest level. The club has had enough of Kepa and his mistakes, it has cost them badly, he cannot start the game anymore for Chelsea. Havertz was playing centrally with Mount on the right but did not perform up to the mark.

Lampard said after the game “I was happy about our defensive game,” he told Sky Sports. “I wanted them to be better on the ball. We showed moments on the counter-attack where we dangerous. But to limit them to the chances they got in the first-half, there were lots of things I was pleased about.

“My team talk at half-time was going to be: ‘let’s be more confident on the ball lads.’ Then the red card changes the whole team talk. They can be given or not. Once the yellow is the first decision, you feel it needs to be absolutely critical that it’s a red to make that difference. I’m not sure it was. I’m not going to complain too much.

“I’m disappointed to lose three points, as you always will be and should be, but actually I’m happier today in many ways than I was at Brighton. Brighton was three points, an OK performance. We’re in pre-season still because we haven’t had long enough to train a lot of the individuals and as a collective.

“Today I saw spirit, a desire to defend by a lot of our players. Reece James, Kurt Zouma, Fikayo Tomori, the midfield giving everything to block gaps. You play half a game with 10 men – you don’t make that mistake for the second goal, you score the penalty it’s 1-1. I know that’s not football and I know I can’t reflect on that but those are the realities.

“The players should take heart. It’s how we go forward from here now. Normally with new faces you get a month or so of pre-season to work on your patterns of play. That’s why the stuff on the ball at the minute is what I’m not so happy about. The way we’re defending I’m very happy with.”

“Now it’s a new start, our objectives are higher, our expectations are higher, fine. But it will take some time.”