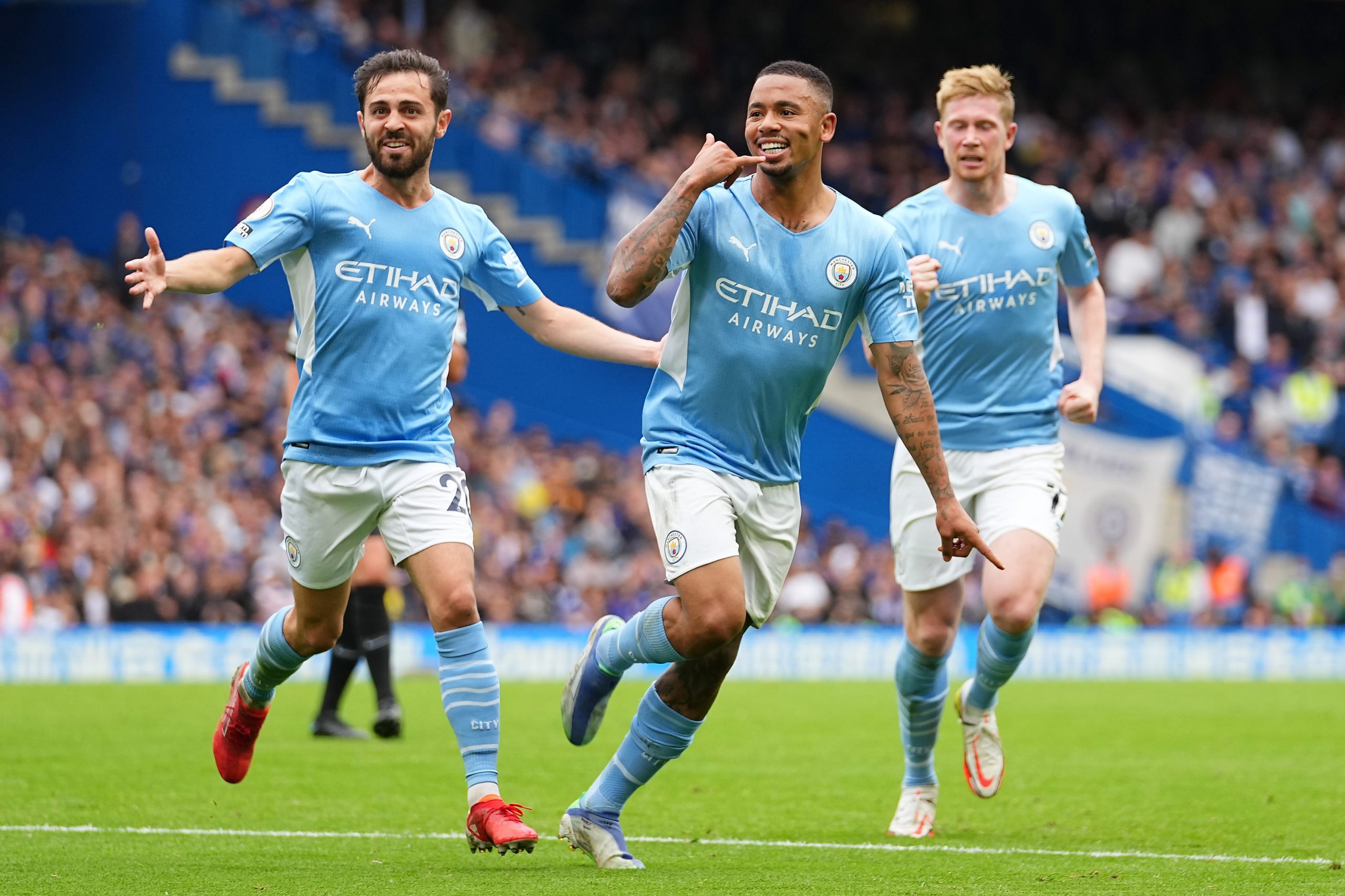 Chelsea hosted Manchester City in the Premier League at the Stamford Bridge, but they lost the game 1-0. A goal by Gabriel Jesus in the 53rd minute was enough for Pep’s men to finally clinch a win against the blues.

Man City started on the front foot with the first chance coming in the 2nd minute of the game. Gabriel Jesus put the ball into the box from the right that was cleared away by Azpilicueta. Chelsea countered in the 14th minute when Marcus Alonso looked for Timo Werner who ran into the box to find Lukaku, but the City defence was tight and dealt with the danger. The blues lost the ball in the 40th minute allowing City to attack but the shot by Jesus went way above.

The second half started in similar fashion with Jack Grealish trying an inswinger but it didn’t come off for him. The goal came in the 52nd minute with Joao Cancelo dribbling past Werner, and his shot pinballed to find Jesus who scored on the turn. The former Villa man got very close just five minutes later shooting into the bottom corner but Mendy got the barest of touches to keep it out. Things got even more interesting at the hour mark when the shot from Jesus was deflected by his countrymen Thiago Silva on the goal-line.

Both teams had a few more chances in the last half an hour of the game but could not finish. Laporte, Kovacic came very close to scoring but it stayed 1-0.

📊| Rodri vs Chelsea, game by the numbers:

Chelsea boss Thomas Tuchel: “We were excellent in the last 20 metres of the pitch but not the other 80 metres. City were stronger, sharper, with more position. I had the feeling we lacked belief to escape in the situation. With every mistake we did we lost more confidence. We defended very well until the goal although we were too deep. There was no connection [with Lukaku] and this was a team problem, not an individual problem.

“We could not escape the pressure. It was a question of decision making and we were so unprecise. We lacked confidence to switch sides. We were not on our highest level and you cannot expect a result. We played with the mentality we had something to lose but there was nothing to lose. After the goal there was a good reaction and a bit more risk. That’s the mentality you need from the start: that you take risks and accept risks. They made us underperform.”

“We’ve had three defeats [against Chelsea in a row] because they’re so good, the manager is more than exceptional. Since Roman Abramovich took over, every year Chelsea have been exceptional. But in those three games we could not do better, that’s why I can’t complain and I’m so proud to get to the final of the Champions League.

“I’m proud [to now have a club record 221 wins as Man City manager]. In these 221 games I never scored one goal. I share it with all the people in the club, the players, all the staff. I can’t deny how proud we are to achieve that, to be close to Les McDowall, the previous manager who achieved this record, and we try to do it more.”