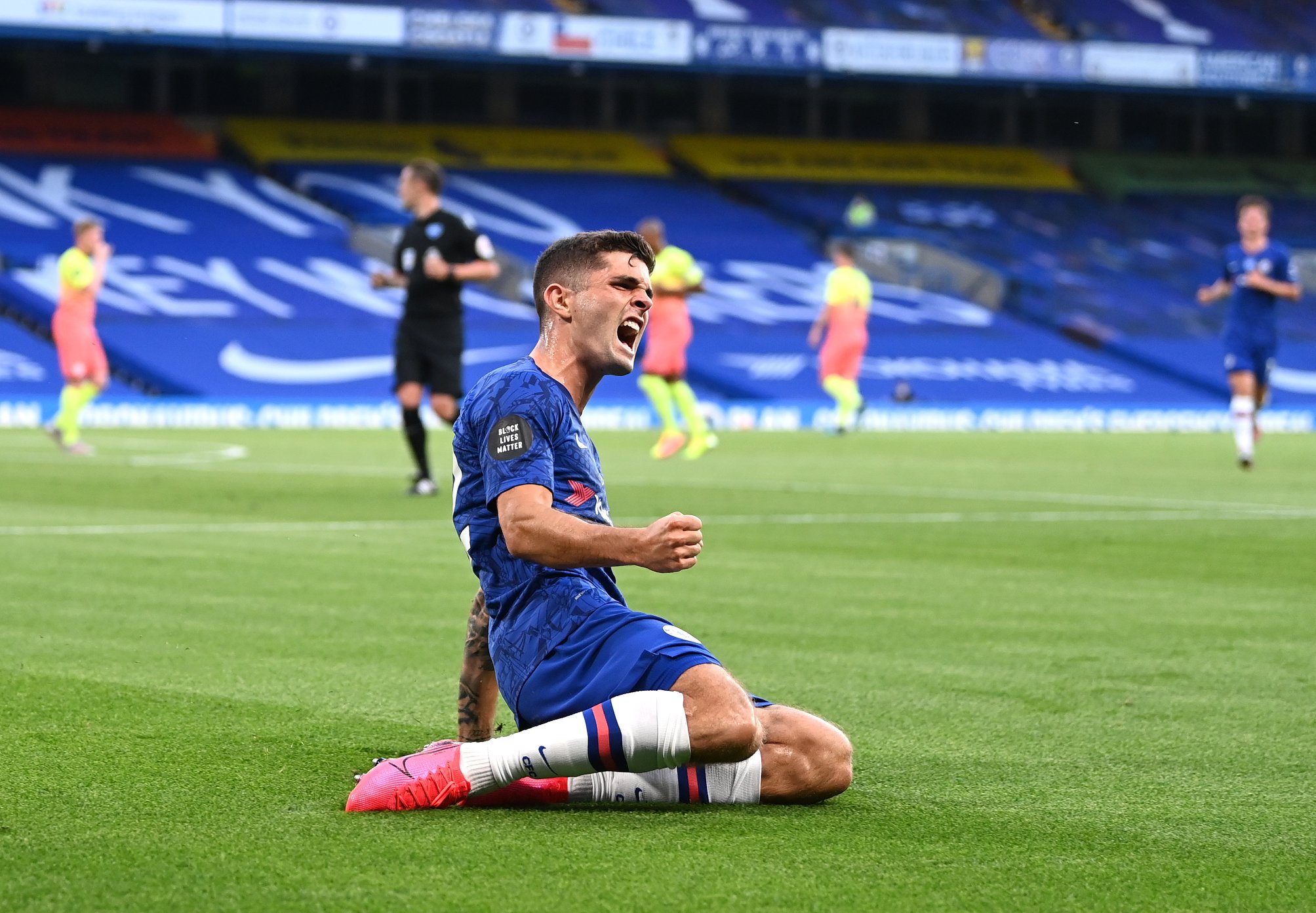 Chelsea ended Liverpool’s wait to get their hands on the Premier League title after 30 years thanks to their win against Manchester City. With the Reds 23 points ahead, and 7 games to go, they’ve won the title mathematically.

Christian Pulisic gave Chelsea the lead in the 36th minute to which midfielder Kevin De Bruyne equalized in the 55th minute. The Blues won a penalty in the 78th minute following the red card received by Fernandinho which Willian put away for the match winner. Chelsea are now sitting comfortably in 4th place 5 points ahead of Manchester United with 54 points, and just a point behind Leicester City who are having a rather underwhelming run of games so far. Manchester City are on the other hand most likely to finish second despite their defeat at the bridge on 63 points.

Mateo Kovacic, Tammy Abraham, and the young boy Billy Gilmour came in as the substitutes for Chelsea. Nicolás Otamendi, Oleksandr Zinchenko, David Silva, and Gabriel Jesus came in for Pep’s men. Man City dominated possession (65%), but only could put 2 shots on target of the 11 taken while Chelsea missed quite a few chances with 10 out of 15 on target. Chelsea had 7 big chances while City had just the one.

Chelsea face Leicester in their next match with a chance to go up to the third spot in the Premier League table as there’s just a point between them. Leicester are having a poor run, and really need a win in order to strengthen their position in the table and play the Champions League next season.