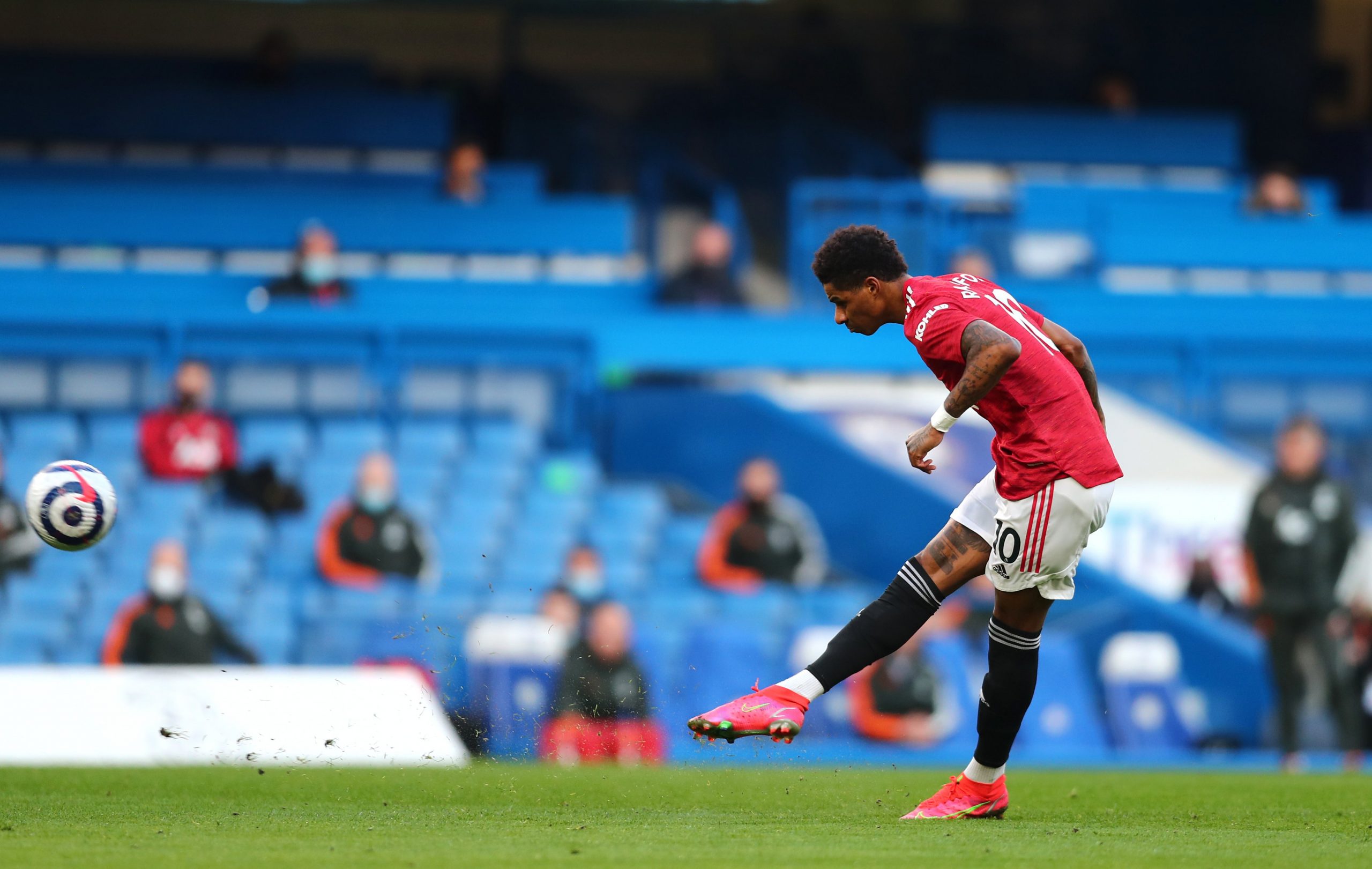 Chelsea hosted Manchester United in the Premier League for a chance to jump into the top 4 but could not capitalise on it since the game ended in a goalless draw. This fixture has finished goalless in both matches in a league campaign for just the second time, the other occasion coming in 1921-22.

The major talking point of the game was in the 14th minute when the Red Devils were denied a penalty, as Callum Hudson Odoi’s hand touched the ball in the box. Luke Shaw after the Chelsea game said to Sky Sports that the referee told Harry Maguire that if he gave the penalty he would receive too much backlash from the media and fans. Even after the VAR check, the penalty wasn’t given. Stuart Attwell went to watch a replay on the pitchside monitor, he decided against awarding a penalty – a decision which infuriated United boss Ole Gunnar Solskjaer.

David De Gea made a save from an effort from Hakim Ziyech, and Eduard Mendy made one from Scott McTominay’s effort. There wasn’t much else in the game in the ninety minutes. Man United sit in second, with 55 points, 12 behind league leaders Man City and Chelsea sit in 5th with 44 points.

Manchester United are now unbeaten in 20 away league matches (W13 D7), a run that started in this exact fixture last season. It is the joint-fifth-longest run without an away defeat in top-flight history, the only longer runs coming from Arsenal (27 and 23), Liverpool (21) and Nottingham Forest (21). Manchester United have failed to score a single goal in their last six league meetings with Arsenal, Chelsea, Liverpool, Manchester City or Spurs – each of their last four such matches have finished goalless.

Chelsea had more possession after the break, although there were still plenty of chances on both sides, but De Gea and Mendy were in fine form to keep this one goalless.

This draw will satisfy Man City the most, as their lead is now 12 points!#CHEMUN pic.twitter.com/2MryfCgJNT

Chelsea boss Thomas Tuchel: “It was a high-quality game between two very strong teams. We suffered in some minutes in the first half, because of the quality of McTominay. Overall, it was an even game. We felt very strong second half, good chances, good half-chances, I thought we were closer to win it, but there was a lot of quality on the pitch, anything can happen. I’m satisfied, we defended very high, very encouraged.

“We changed in the second half and defended with two strikers to block them so they cannot come forward with the ball – and we were not good enough attacking the space, they started pressing high so to find the solution was not always easy. We lost confidence with a lot of easy ball losses.

“We’re not in that moment where we are clinical enough to win games like this. But with the effort and performance, absolutely no concerns. If we go on like this, we are a difficult team to play against.”

Man Utd boss Ole Gunnar Solskjaer: “100% [we should have had a penalty]. When you look at it on the video, it’s taken two points away from us. I can’t say [what the referee said to the players] because that’s not going to be good for him. It’s not right, is it? All these outside influences, even the VAR talk before the game here on Harry. That’s cheeky when they put that on the website. That’s influencing referees. There’s loads of talk about us getting penalties when there is no doubt whatsoever. Today we should have had a penalty.

“Defensively, energy, application, attitude, pressing spot on. With the ball, not good enough. Not enough quality. We didn’t create the chances we hoped for. But towards the end, if you score on that breakaway that’s the perfect away performance – or if you get that penalty and win 1-0.”