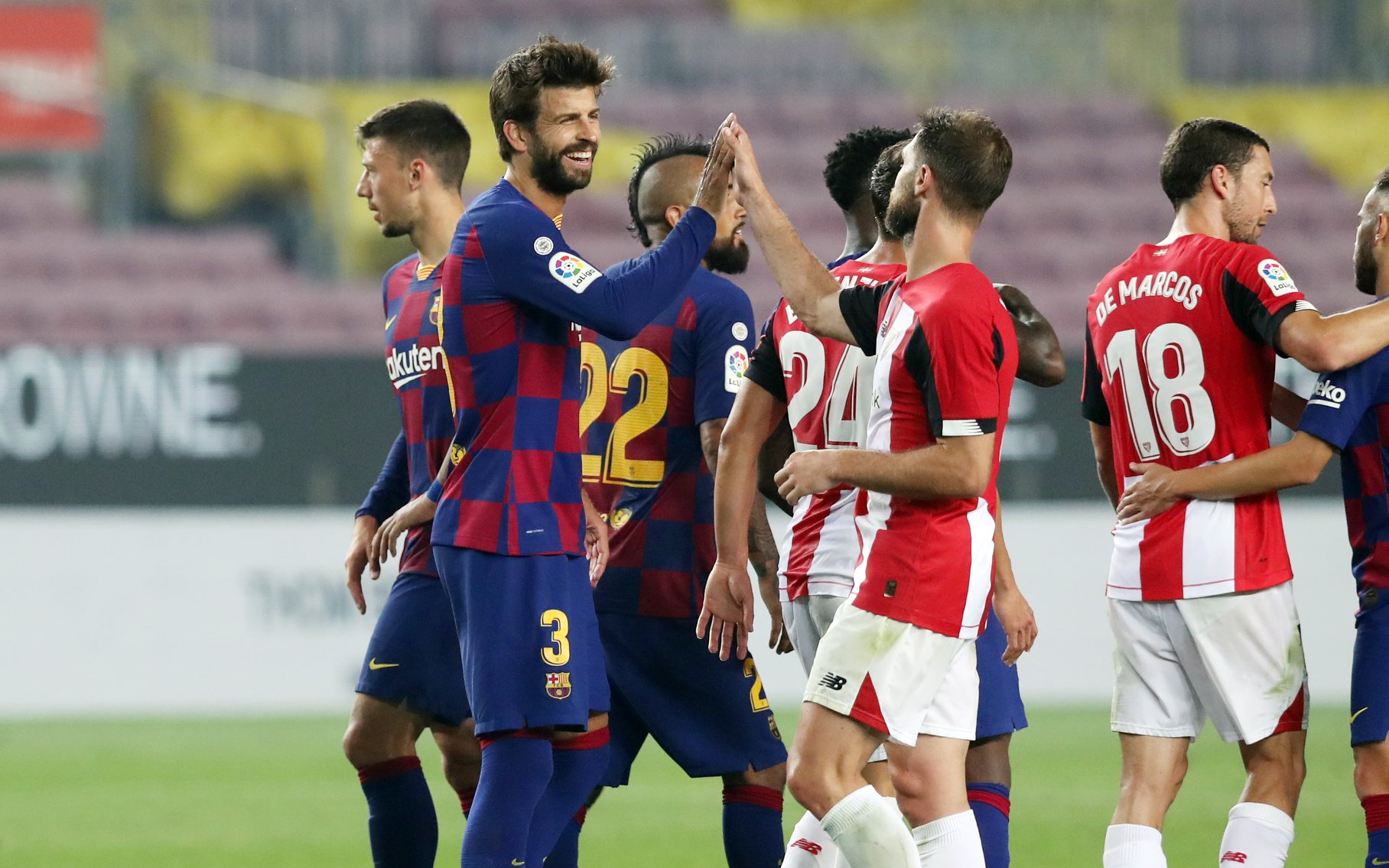 FC Barcelona faced Athletic Club in the round 31 of La Liga at the Camp Nou and needed a win to be in the title race against arch rivals Real Madrid. The goal did not come until the 71st minute when substitute Ivan Rakitic put the ball into the net with an assist given by the captain Leo Messi. The game did not come to life for Barca until the introduction of Riqui Puig in the 55th minute who completely changed the pace of the game. To the fans’ surprise, Puig was introduced in place of Arthur but it should have been Vidal instead.

First half was rather underwhelming with Barca not being able to take their chances despite having 2 great chances with Suarez not being able to finish them. Griezmann linked up well in the attack as compared to the previous game where he was mostly isolated. Athletic were playing defensive and trying to expose us on the counter. Their striker Iñaki Williams missed one great chance to give Athletic the lead.

Riqui Puig was all over the place, winning balls, intercepting, and providing threatening key passes in attack. Barcelona had more intensity, and pressed Bilbao better when the local lad was introduced. Gerrad Pique picked up a slight discomfort holding his groin muscle late in the second half but it remains to be seen whether it’s an injury or not. Ansu Fati also came on in the second half giving the cules more intensity on the wings, and hiit the post on the rebound from Vidal, almost making it 2-0.

Martin Braithwate also got a few minutes late in the second in place of Suarez.  Sergio Bousquets is suspended for the game against Celta thanks to the yellow card he picked up in the first half. It would be interesting to see how Setien lines up the midfield. Puig might get the long-awaited start in the next game considering his wonderful performance in this one.

“We are very happy. The progress is there, but there are always things to improve. What we have to do now is win everything until the end of season” Quique Setién