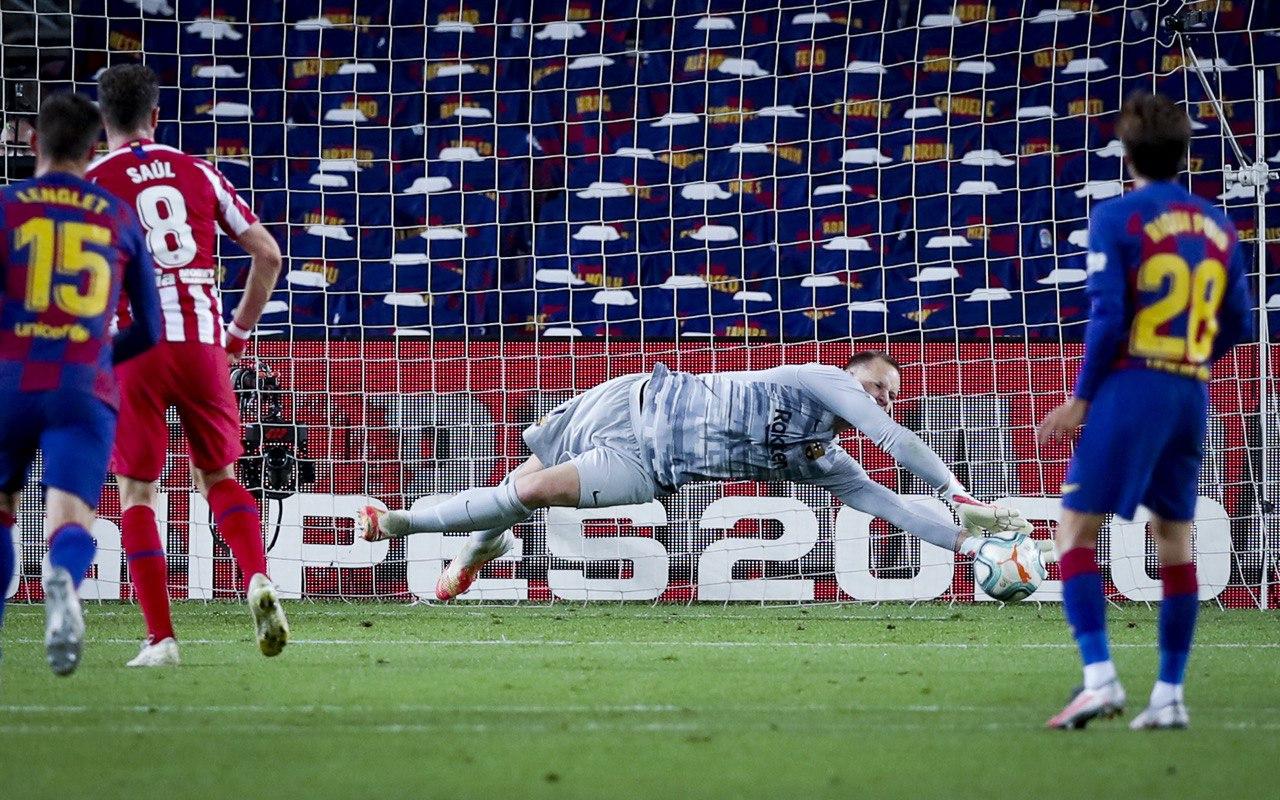 FC Barcelona faced Atletico de Madrid in round 33 of La Liga which was a must-win for the blaugrana but it was a rather difficult task to do so. There were several accolades of the game that needed to be highlighted, as neither side scored a goal from open play. The referee for this game was Hernandez Hernandez and the VARA was none other than Mateu Lahoz.

The line-up and gameplay from Atletico was as expected with them having men in front of goal, and giving Barca a hard time on the counter. Carrasco, Costa, and Correa were very threatening in attack, but Clement Lenglet and Pique’s partnership helped stop them. When Barca had the ball, all the players rushed back to defend in a 5-4-1 formation for the away side, making it hard for Barcelona to find space. The home side dominated with 72% possession, 12 shots with 5 on target

In the 11th minute, Diego Costa scored an own goal through a corner taken by Barcelona, very unlucky the touch on the ball. The home side did not have the lead for long as in the 19th minute, Atleti were rewarded with a penalty because of a tackle from Arturo Vidal on Yannick Carrasco. The penalty was taken by Costa and saved by Ter Stegen but it had to be taken again as Ter Stegen was off his line and was booked for the same. The second time, it was scored by Saúl Ñíguez making it 1-1 for the away team.

In the 50th minute, Barca was awarded a penalty with a foul by defender Felipe on Nelson Semedo, which was put away by captain Leo Messi for his 700th career goal, a huge achievement for the GOAT. Then Barca brought on Sergi Roberto in place of Rakitic and Ansu Fati in place of Bousquets to have more fire power in attack. Riqui Puig was instrumental once again in midfield and was linking up well with Leo Messi, a sheer joy to watch. The lad played the full 90 minutes for the first time with the team. In the 62nd minute however, the entire narrative of the match was changed when Atleti was awarded a penalty on a dive by Carrasco. Pique was laughing on this, and rightfully so, as it was a clear dive. Saúl Ñíguez was on the scoresheet once again making it 2-2.

The referee and the VAR had a poor game, due to the penalty that was given to Atletico de Madrid.  Barcelona are now a point behind Real Madrid but the title race is as good as over since Madrid have an easier run of games, and unless they drop points, and Barca win their remaining games, the Blaugrana can’t win La Liga. Real Madrid have the chance to make it a 4 point gap if they win against Getafe later this week.