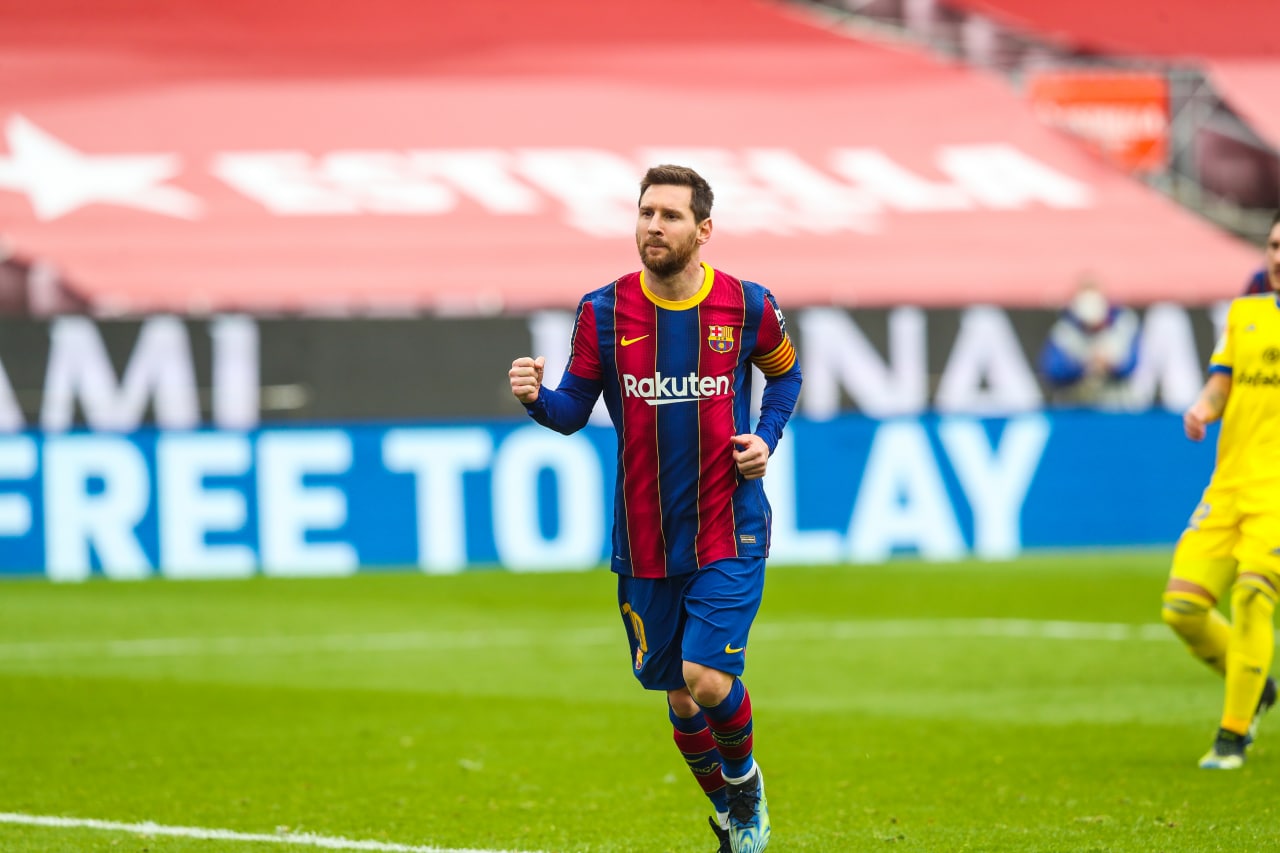 FC Barcelona hosted Cadiz in La Liga and had a chance to reduce the gap further with Atletico de Madrid after their 2-0 loss against Levante but could not capitalize on the opportunity as they could only manage a 1-1 draw at home. Both the goals came from the spot, by Leo Messi and by Alex Fernandez in the dying minutes of the game. This is arguably the worst season for the home side in the form of a transition year.

Cadiz sat defensively, letting Barca have the ball, who pressed them high, but could not open them up. The away side was (as expected) very threatening on the counter, since the Barca defence was playing way high up the pitch. Clement Lenglet has now conceded three penalties, the most in the team.

Pique post match : “Well, it’s painful obviously because of Atletico’s defeat yesterday we knew we could close the gap today. We knew it would be complicated, we had a couple ruled out for offside. But a penalty in the 90th minute and we drop two points, it’s tough to take.

“We needed to get the three points today to close the gap. Every game you don’t win, your chances of winning [the title] are reduced. La Liga is very long and there’s still a lot to play for, it’s not impossible, but it doesn’t help. I think we can still challenge but we know it’ll be difficult. We have to try, today it wasn’t our day and it was a tough blow after the week we’ve had. We have to go again against Elche. We go game by game and there is still a league to be played.”

Jordi Alba post match : “It’s our own fault. We’re really pissed off. We dominated the game. We knew they would sit deep and [they scored] in an isolated play. It’s a shame. We’re the ones to blame. It was a unique opportunity to cut the gap at the top and we weren’t able to.

“There is still a long way to go but we can’t let points like this escape. There’s no excuse. We had the chance and we haven’t won. Now we have to go again, look at things (that went wrong)… this cannot happen. Cadiz are a team that work hard. They beat us at their place. We knew they would sit deep and would create problems. But we’re Barça and there are no excuses. It’s a shame to not take this opportunity.”

Koeman post match : “It’s disappointing. These kind of games have to be won and we didn’t do it. It’s a big opportunity lost after the Atletico Madrid defeat. It’s a big disappointment. I’m very disappointed, more so than last Tuesday. We couldn’t let the two points slip away. We are disappointed.”

“I don’t like to blame the players individually. We weren’t up to the task in attack, and we have to defend differently. In terms of quality, we should have won. The problem is that the scoreline was very close and they could equalise at any moment, as happened.”