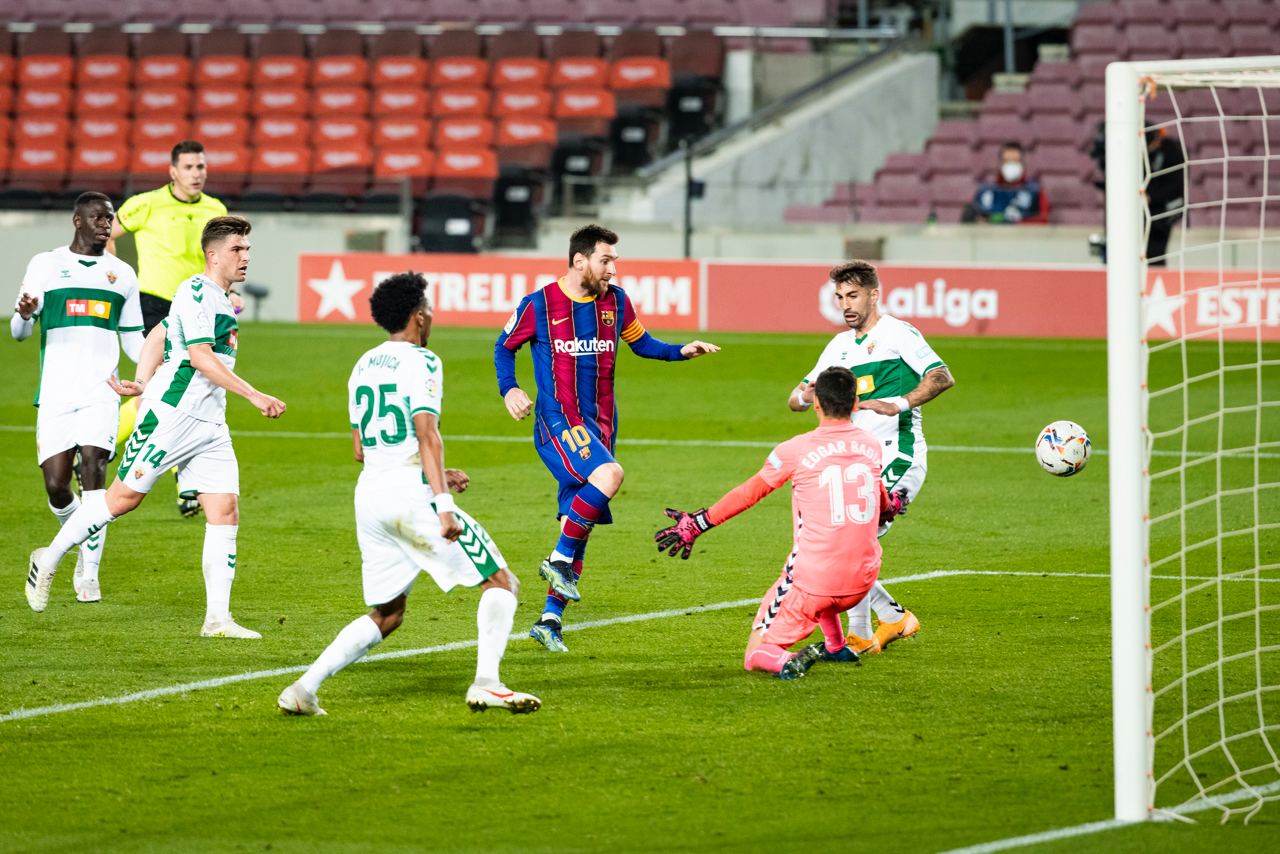 FC Barcelona hosted Elche at the Camp Nou in La Liga winning 3-0 at home, cloning the gap with the two Madrid clubs, still in third place in the table though. They’re two points behind Real, and five points behind Atletico, but both teams have a game in hand.

Trincao had an early chance in the first half after Elche had all eleven men behind the ball, and were hard to break, but their goalkeeper made a sensational save, preventing the Portuguese from scoring. The rest of the half was pretty dull, as Barca dominated possession but could not create opportunities.

The second half was more lively, with Leo Messi scoring in the first three minutes assisted by Martin Brathwaite. The Argentine scored once more a few minutes later, and Jordi Alba made it three, giving the Catalans all three points, and a boost heading into that game against Sevilla in the Copa Del Rey semi final.

Pedri made more tackles (4) and more ball recoveries (11) than any other player on the pitch during against Elche. Lionel Messi has now scored more LaLiga goals than any other player in 2020-21 (17). The captain asked the Elche goalkeeper Édgar Badía for his shirt at the end of the game, a nice gesture from him.

Koeman post match : “We needed to win after the two results,” Ronald Koeman said post-match in comments carried by Marca, referring to their draw with Cadiz last weekend and their 4-1 defeat to Paris Saint-Germain in their Champions League last 16 first leg. “We played a great second half, we made the difference. In the first half we should have done better.”

Brathwaite post match : “The change we had in the second half is important. It has not been easy but we have all worked. I don’t know if I had ever given two assists in a game. I always try to accompany Leo and I am happy to have helped him today. The victory was needed today.”

Barcelona’s next two matches are against Sevilla, a league meeting on Saturday followed by the second leg of the Copa del Rey semi-final on March 3.