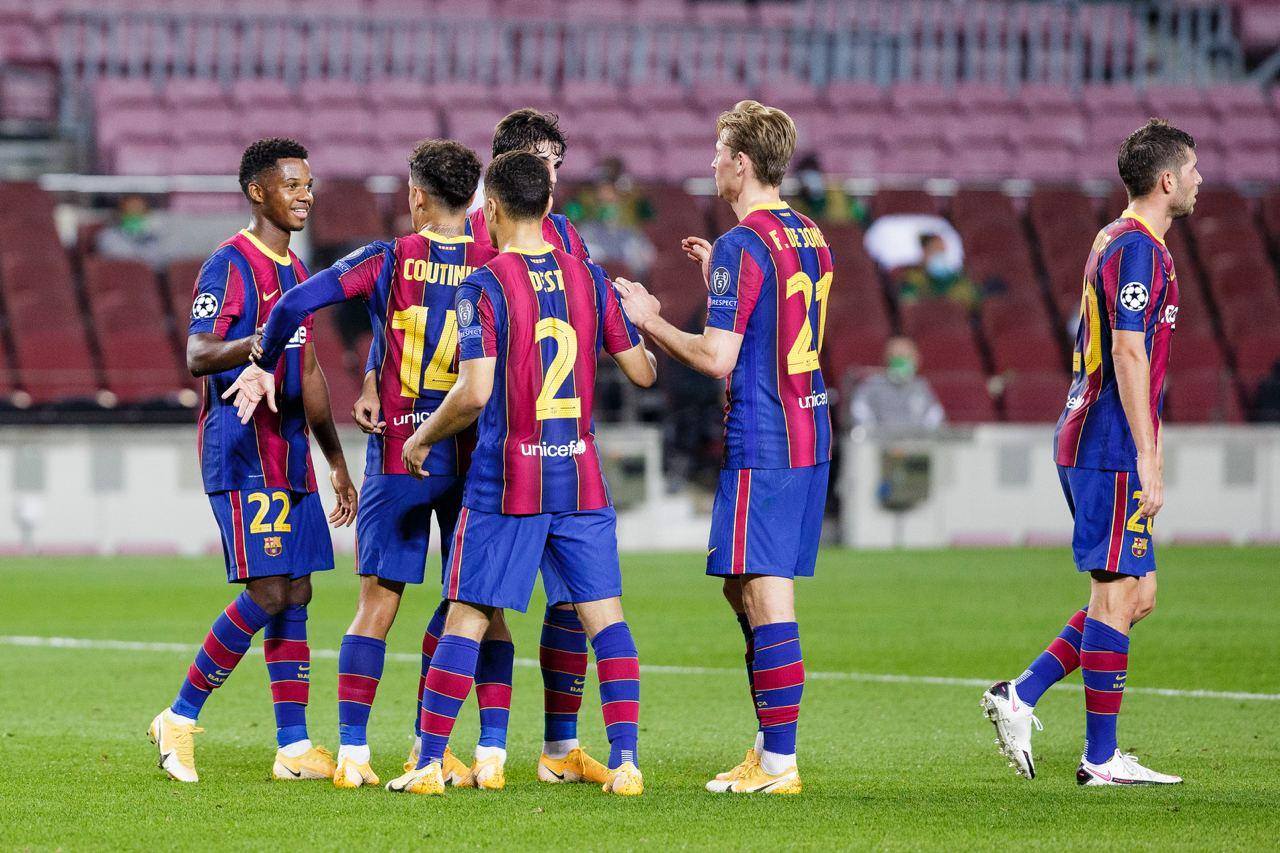 FC Barcelona hosted the Hungariyan side Ferencváros on matchday 1 of the UEFA Champions League group stage and won by a comfortable 5 goals to 1. The blaugrana are now unbeaten in more than 13 years on the opening day of the tournament. The game started very slow by Barcelona, with the away team attacking us, and had a goal ruled out for offside.

Ronald Koeman made a few changes in the game giving Trincao and Dest their Champions League debut and also bringing on Pedri who became the second youngest goalscorer for the club on his debut in the competition. Messi won and put away a penalty in the 27th minute opening the scoring for the team followed by a stylish outside of the foot finish from the young sensation Ansu Fati which was assisted by Frenkie De Jonhg. Phillippe Coutinho scored in the 52nd minute in the bottom corner from an assist from Fati, making it 3-0. Gerrad Pique was sent off for tackling Franck Boli denying him a goalscoring opportunity that led to a penalty which was put away by Ferencváros giving them a consolation.

Lionel Messi heard Ronald Koeman's criticism and rose to the occasion vs Ferencvárosi:

Pedri and Dembele came on in place of Fati and Trincao late in the game. Dembele looked a little bit nervy in the opening minutes and then he just dribbled past 2 defenders like he was playing FIFIA and cuts back in the path of Pedri, the ball coming behind him but he controls it and smashes it into the bottom corner, a beautiful move by the two players. The final goal of the game came in the 89th minute with Leo Messi finding Ousmane Dembele who was completely unmarked and put away the goal, giving him great confidence on the field.

Two 17-year-olds were on the scoresheet for Barca in the game with Fati being the only player to score more than 1 goal before the age of 18 in the competition. In addition, Trincao had a really great debut and was constantly dribbling past defenders and also took 3 shots on target, showing that he is not afraid and has the maturity to take chances. Araujo came in place of Coutinho after Pique was sent off, and the Uruguayan will start against Juventus next week, a big game for him.

FC Barcelona have a tough week ahead with El Clasico at the weekend followed by Juventus away in the second game of the UEFA Champions League.