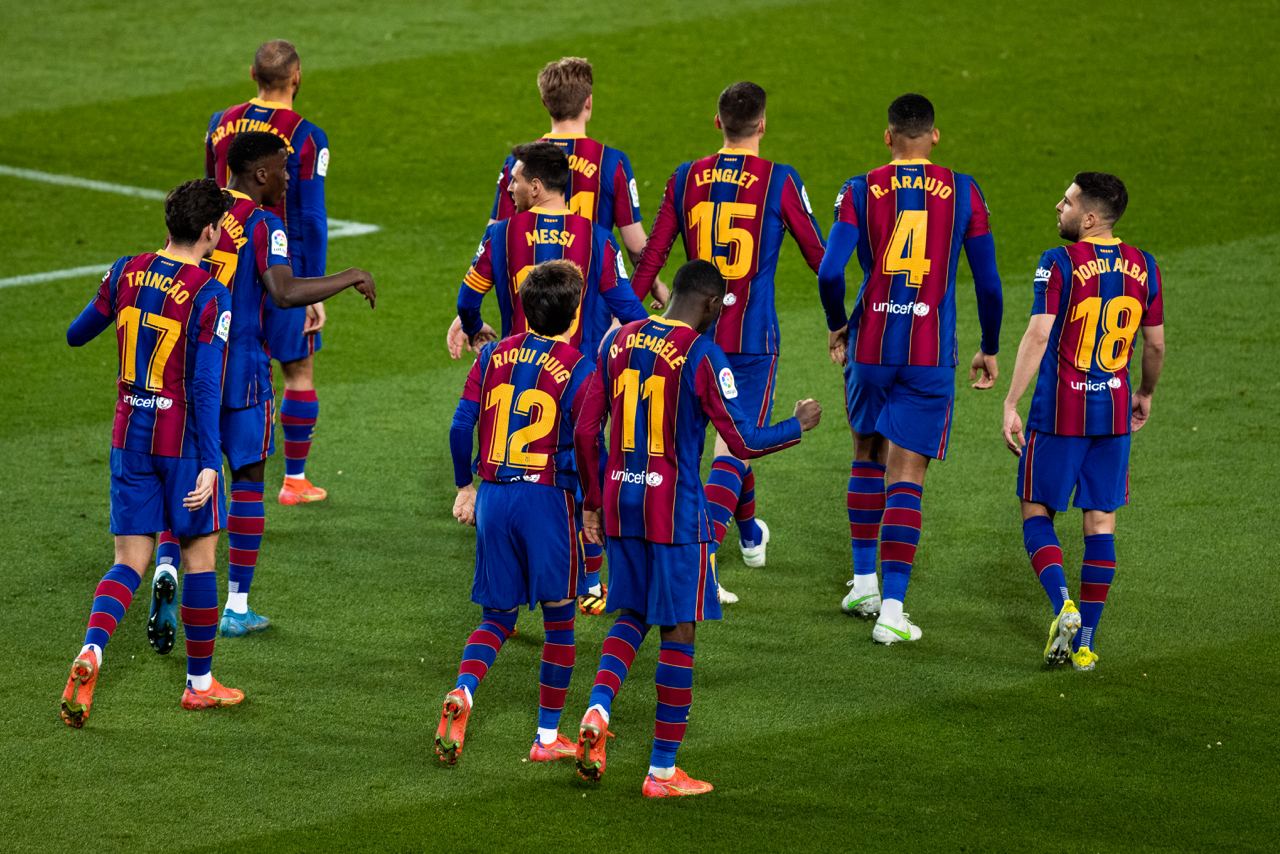 FC Barcelona hosted Real Valladolid in La Liga and won the game by one goal scored in the 90th minute by Ousmane Dembele. The game was intense from the start with the away side being a threat on goal, hitting the post in the 9th minute, and not at all letting Barca get anything on the other end. Pedri also hit the post late in the first half, but failed to score.

Valladolid were strong defensively and also had plenty of players running forward on the counter, they looked really sharp and ready to score every time they attacked. Barcelona on the other hand looked fatigued, a team without any rhythm due to the international break, and really poor defensively. Koeman made changes late in the game bringing on Trincao, Brathwaite, Moriba, Araujo, and Riqui Puig in the last 5 minutes.

Frenkie De Jong crossed the ball from the right that hit Araujo, who couldn’t make the contact he wanted. But the ball landed on the feet of Ousname Dembele who volleyed it home to make it 1-0. The home side is now a point behind Atletico de Madrid and the next match they play is Real Madrid.

Ronald Koeman : “Of course he is an important player, he has shown today with his game and especially with his goal. Ousmane’s career this season is very good, physically he has improved a lot, it is the key to his consistency. If it’s up to me, of course, I’d like him to stay with us.”

“It was a very difficult game, the team was far from the level it had shown lately. We have to admit that Valladolid played a great game. In the end I think we deserved to win. The team is capable of winning the matches. It has also shown today that you have to be at your level, be effective, have freshness … Freshness was lacking, it may be because of the national team stoppage.”