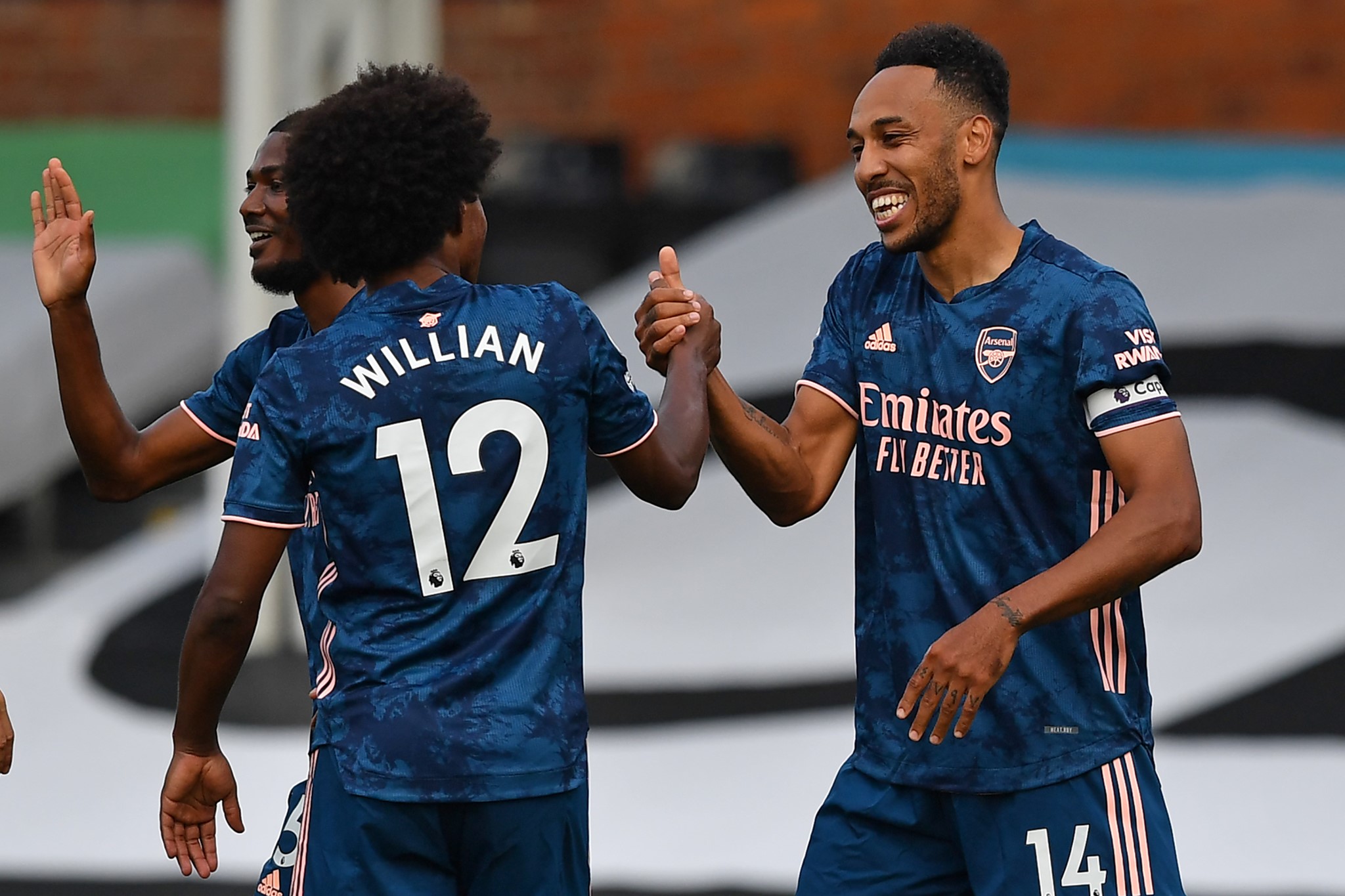 Mikel Arteta kicks off the campaign with an easy away win at Fulham for his team to get all the three points. The Gunners won 3-0 away at Craven Cottage, and the newly promoted side had a disappointing start to the season. Alexandre Lacazette opened the scoring in the 8th minute with a rebound from Willian. Arsenal’s new signing Gabriel headed the ball into the net in the 46th minute from a corner taken by Willian. The starman Pierre-Emerick Aubameyang scored a stunner with a third assist from Willian in a quick counter attacking move from the away team in the 57th minute making it 3 for Arteta’s men.

Fulham were just outplayed by Arsenal completely, and dominated in the middle of the park, with a clean sheet away from home. It doesn’t get any better and easier than this for Mikel Arteta. Aubameyang is expected to sign a new deal this week, a much needed player for the team, but the deal is not done until it’s done. Gabriel had a great afternoon, for his first game, but it’s too soon to judge. Willian had a hat trick of assists, and he proved to be just the missing piece of the puzzle as they needed creativity and leadership in the midfield. Nicola Pepe was on the bench and did not start the game.

And he was named Man of the Match. 💪 pic.twitter.com/8chEE401rA

Fulham boss Scott Parker on BT Sport: “It’s a big challenge, I’ve said that before. We all realise the challenge ahead. Saying that, for 45 minutes in that first half I liked a lot about us. The fine margins at this level, the fine detail, is that you probably need to be a bit more ruthless when chances fall.

“Second half at times we accepted things; but this is part and parcel, this is our journey, we understand where we are and what we need to do. This is a long season for us, and we know where we need to improve. How we move forward will be the bigger test for us.”

Arsenal boss Mikel Arteta: “It was really good,” Arteta said when asked about the debutants’ performances. “Obviously for Willian. He knows the league, the country and is very settled here so I knew his performance would settle straight away.

“For Gabriel it was a big challenge for him today to come in. He hadn’t played any football in the last six months and he had a terrific performance.”