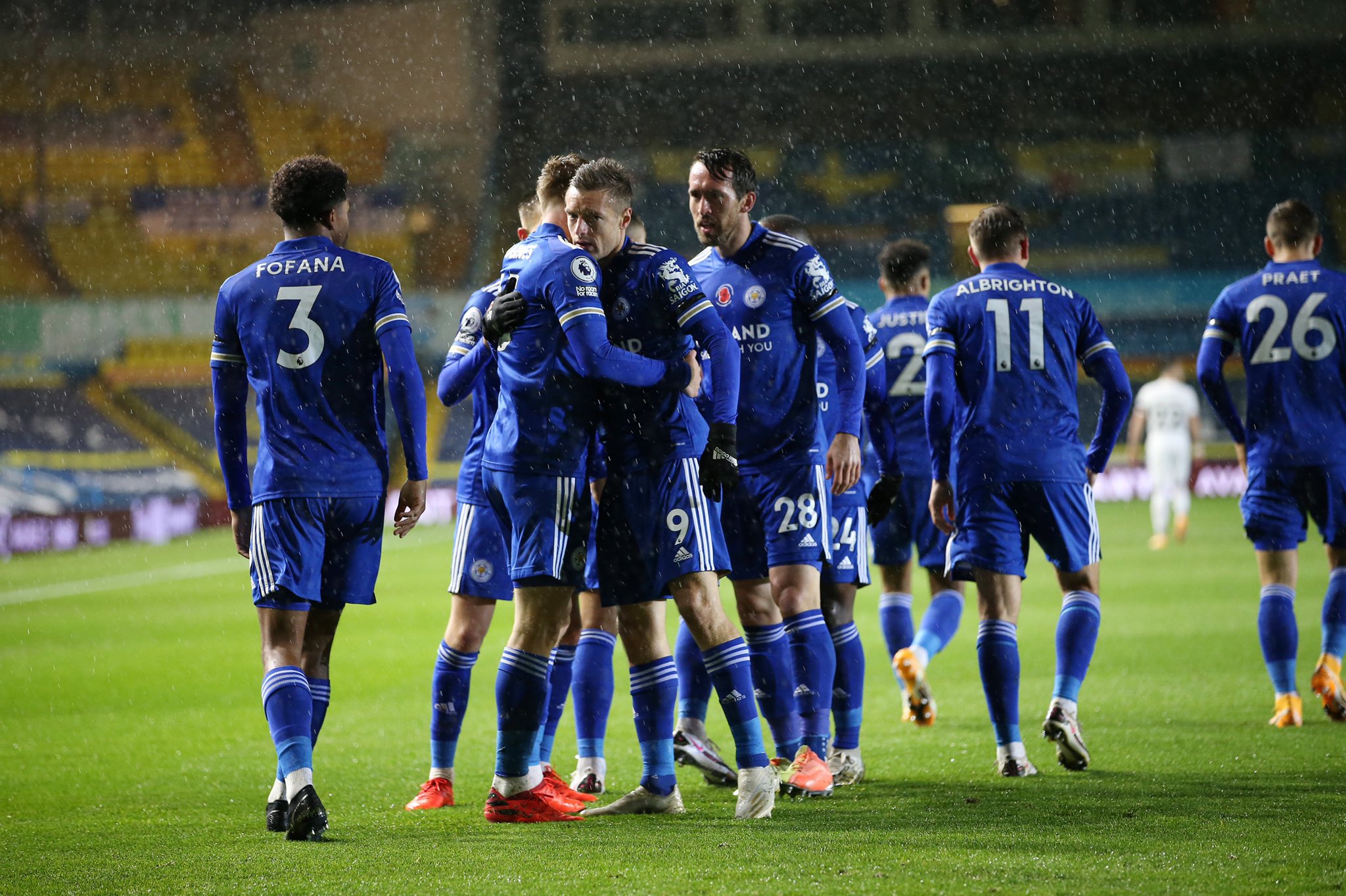 Newly promoted Leeds United hosted Leicester City in the Premier League after 2004, and lost 4-1 to the Foxes at home moving to 12th in the table and Leicester moving to 2nd, just behind Liverpool at the top. Harvey Barnes opened the scoring in the 3rd minute from a counter attack and a defensive error from Leeds. Youri Telemans scored from a Jamie Vardy rebound in the 21st minute. Leeds got one back at the start of the second half but their hopes were shattered after Vardy scored in the 76th minute and Telemans put away a penalty in extra time to ensure Leicester the win.

Leeds have been playing very well this season with some fantastic displays against big teams like Liverpool and Manchester City but they lack a good finisher who can put the ball at the back of the net. Even though Patrick Bamford scored a hat-trick last week, he isn’t a consistent goal scorer for Marcelo Bielsa. It was a Championship squad versus a proper Premier League team.

Jamie Vardy was named the man of the match the deservedly so as he’s getting better and better with age. He kept all his runs in the width of the 18 yard box, he doesn’t give the defenders a second’s rest, and stays in the inside of the two centre halves to find spaces and gaps in between where the players can find him and give him an opportunity to score. Vardy does not go searching for the ball to be involved, his off the ball movements are key to Leicester’s attack.

Leeds head coach Marcelo Bielsa: “The result was fair. In the first 30 minutes it was difficult for us to defend, and in the hour we dominated, we weren’t able to create enough danger. The distribution on the pitch was not correct and it was very difficult for us to defend in the first 30 minutes. We allowed them to make the final passes with too much comfort and ease.”

Leicester manager Brendan Rodgers: “My players were tactically brilliant. You have to deny Leeds space, if it becomes a basketball game, as they’ve shown, they can cause any team problems. We denied the space, made it difficult and then had the quality when we had the opportunities. We were amazing, we’ve got so many players out and right across the team it was a really good team performance. This team has got an amazing mentality, lots of young hungry players.

“You need to have more than one way to play in the modern team. My teams will always look to dominate and control where we can, but you can also control the game without the ball and especially against teams with real quality. You still have to have that concentration to block and press at the right moments. I’m pleased with our flexibility and how we are developing and improving.”