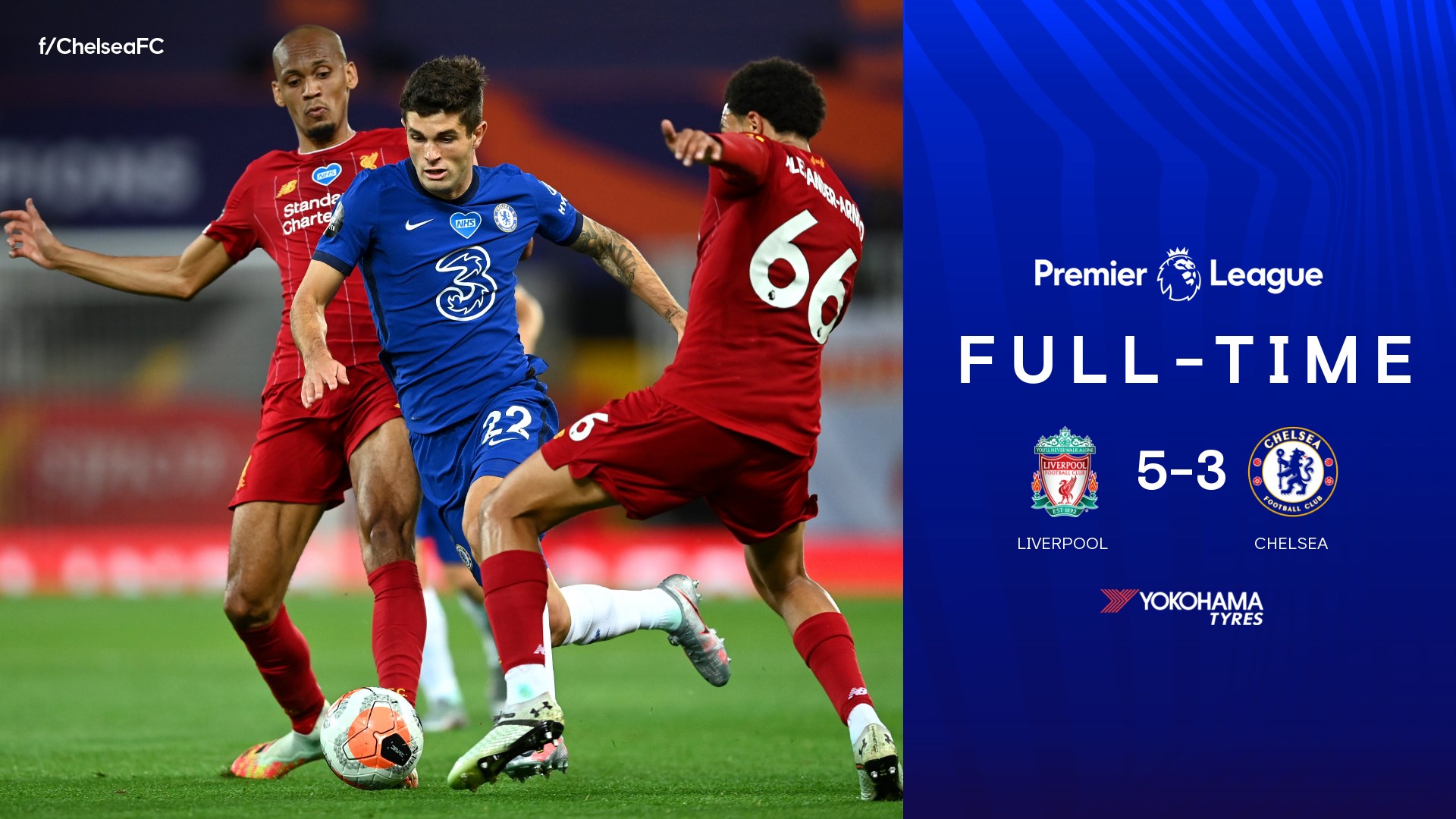 Chelsea are having a fantastic season and had a chance to strengthen their position in the top 4 but couldn’t do it as they lost 5-3 to Liverpool at Anfield moving Manchester United at the third spot even though they could only manage a draw against West Ham.

Liverpool opened the scoring in the 23rd minute with Naby Keita with a great finish after Chelsea lost the ball outside the box. Trent Alexander Arnold scored in the 38th minute smashing a great free kick at the back of the net, a great curling effort. Georginio Wijnaldum scored in the 43rd minute before Giroud got one back for Chelsea just before the half-time whistle. Firmino scored from an assist from Trent wherein Kepa just stood there and couldn’t do anything. Tammy Abraham scored from a great effort from Pulisic in the 61st minute and then the American got his goal in the 73rd minute in a classy finish from the lad, making it 4-3. But Liverpool with Chamberlain in the 84th minute confirming their win over the blues. It was a super intense and high scoring match.

“It was an extraordinary game,” Lampard added. “Even when you say they threatened to run away with it, I felt we were in it. I could feel that in the way we were playing. It was a turnover and a great strike. A non-foul and then another strike that goes into the top corner. On the third, it was terrible from us defending the corner. But other than that in match play, we were OK. The first goal gave us hope and the lads showed great character but they’re a fantastic team and we can’t afford to make those mistakes.

Some of the stuff I saw tonight from our team was resilience and quality. At 4-3, if we didn’t concede the fifth, I felt like we were coming. But it wasn’t to be. You can never be happy in defeat, but when you see the quality of the first two Liverpool goals, you understand what this place is and why they’re so successful at the moment. We’re building towards that, and we’re going to have to suck this in tonight as it’s where we want to get to one day.”

“It’s going to be huge. We know the situation,” continued Lampard. “It’s in our hands to get the right result against a very good Wolves team. We have to deal with the pressure of moments like this if we want to get to where we want to be.

“We’ll have to recover and then we’ll go on Sunday.”

The Premier League has taken a rather interesting turn and the race to the Champions League could go to the final day as Chelsea face Wolves and Man United face Leicester in their next match.