MATCH REVIEW : MANCHESTER CITY COME FROM BEHIND TO BEAT PORTO 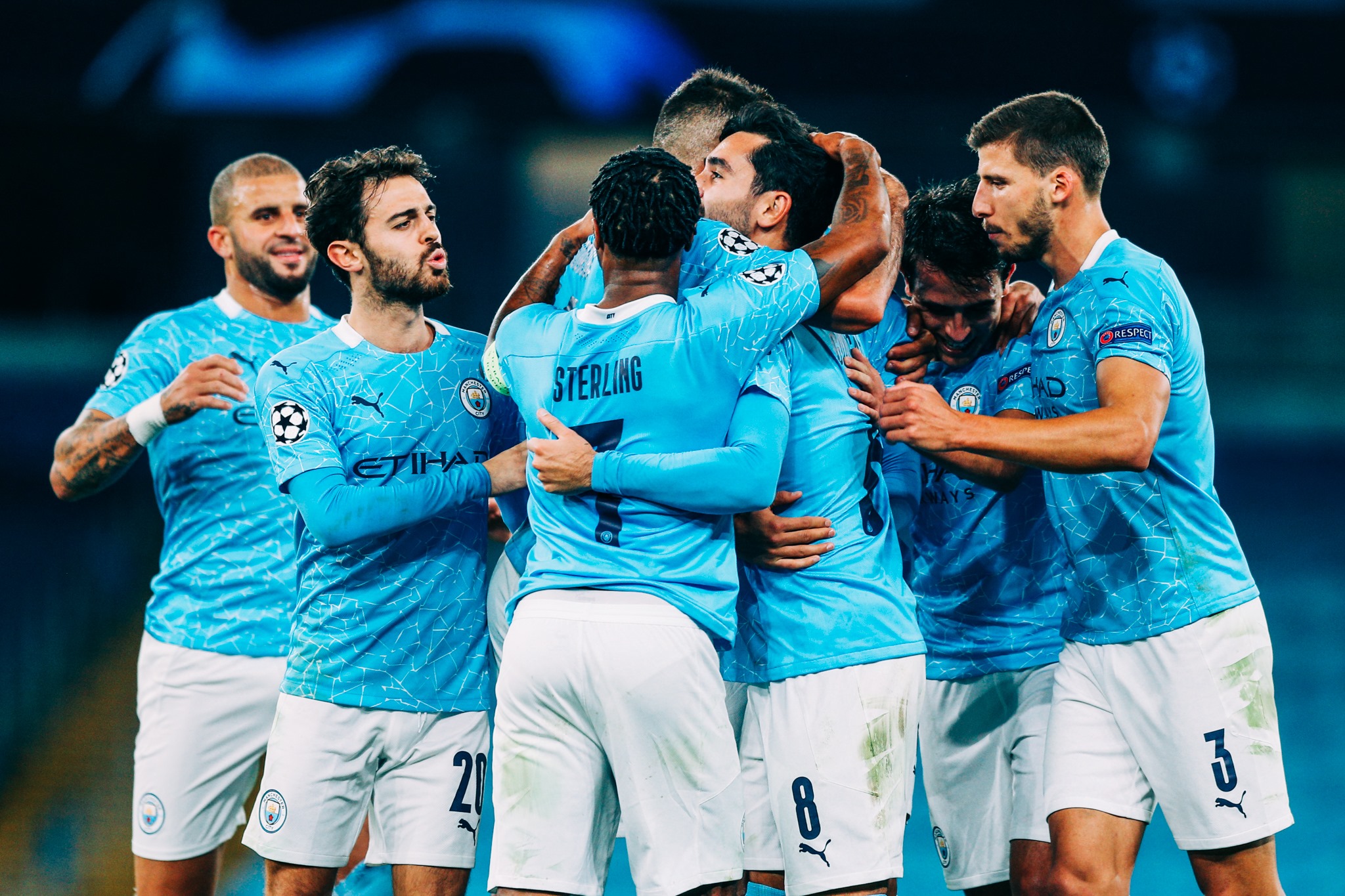 Manchester City hosted FC Porto in their first game of the UEFA Champions League and won 3-1 coming from behind. Pep Guardiola was happy with his number 9 Sergio Aguero coming back from injury and scoring his first goal of the game. Kevin De Bryune was absent for the game due to injury but they still managed to win.

Luis Dias scored in the 14th minute smashing the ball into the bottom left corner cutting through City’s defence and the goalkeeper Ederson had no chance. Sergio Aguero scored from the spot in the 20th minute equalizing for the home team with Gundogan scoring from a free-kick in the 65th minute and Ferran Torres scoring just coming off the bench on his Champions League debut. One bad news is that Fernandinho might be out for about 6 weeks as he went off injured in the game, a massive blow for Pep and his team.

Ruben Dias and Eric Garcia started on defence for Pep Guardiola with the manager still struggling to get the best partnership at the back. The game was full of fouls with City getting 5 yellow cards. City came back straight away after conceding that early goal and then dominated the game, overall looked quite solid, and were themselves again. Phill Foden and Torres linked up very well for the Spaniard’s goal for CIty which is a good sign for the club. Porto started the game well but do not have a great record in England which showed last night as well.

Manchester City boss Pep Guardiola: “We knew how tough it would be because Porto, alongside Benfica, is the best team in Portugal. They have a winning mentality and have to win every game. I was surprised a little bit that they played so defensively, five at the back. We struggled in the beginning and we had to be patient. We didn’t lose patience like we did against Leicester, they played the same shape. Yeah, after the goal from Sergio [Aguero] we played really well. We didn’t concede counter attacks, we didn’t concede set pieces, we didn’t allow them to run and we didn’t lose the ball in positions that were dangerous. Yeah, we did it and a good start for us, really good.”

Manchester City will face West Ham at the London Stadium on Saturday in the Premier League before travelling to Marselle for the second game of the UEFA Champions League next Tuesday that will be a cracker of a game.