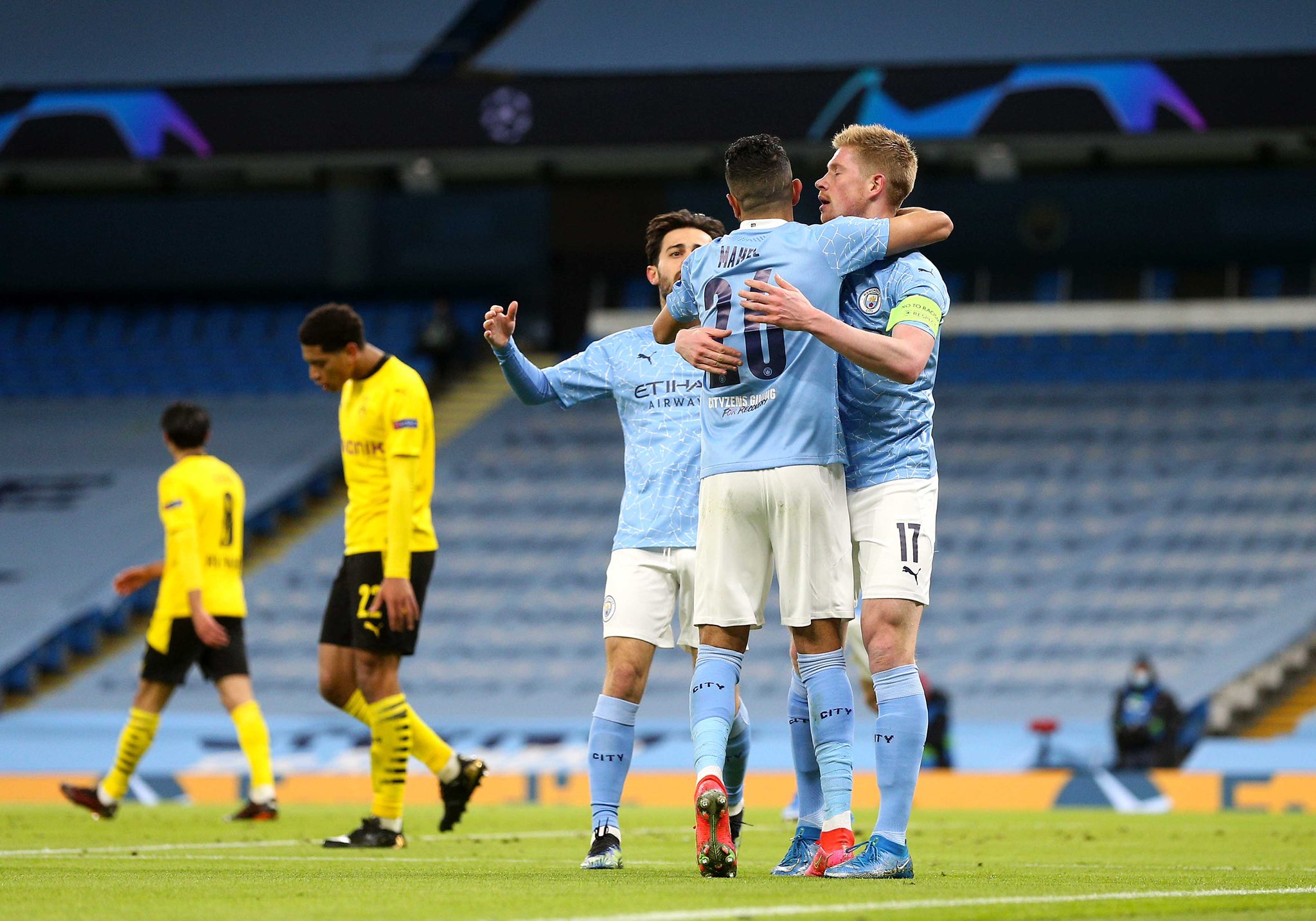 The game started as expected with Man City dominating the ball, having a great goal threat for the Germans, who kept losing the ball in their own half that led to the first goal. Chan lost the ball due to poor passing, and Mahrez took it forward assisting Kevin De Bruyne who fired it home. He has been directly involved in 13 goals in his last 12 UEFA Champions League matches (4 goals, 9 assists) and has scored four goals and assisted three more in seven starts in UEFA Champions League quarter-final matches.

Borussia Dortmund have only ever progressed from one previous two-legged knockout tie in the UEFA Champions League having lost the first leg, eliminating Benfica at the last 16 stage in 2016-17 (0-1 loss away in the first leg and a 4-0 win at home in the second leg). Bellingham became the second-youngest player to start a UEFA Champions League quarter-final (17 years, 281 days) behind only Bojan in April 2008 for Barcelona vs FC Schalke 04 (17 years, 217 days).

Pep Guardiola told BT Sport: “In the first half we were not clever with the ball but the second half was much better and at 1-0 we had two or three clear chances. Unfortunately, it didn’t happen but after we conceded, we got the goal.

“To play good in the areas we want to we need to make good build-up and today was not good; Joao [Cancelo] and Rodri were not clever to receive the ball in positions for the other ones but it’s difficult always to do what we want to do because they have quality. But it’s a good result and we have another chance in one week.

“We’re going to adjust a few things to go there and try to win the game. [Foden] was a threat in the second half. He was a real threat, arriving in the final third. He had two, three chances and finally scored.”