MATCH REVIEW : MANCHESTER UNITED ARE CLOSING IN ON CHELSEA 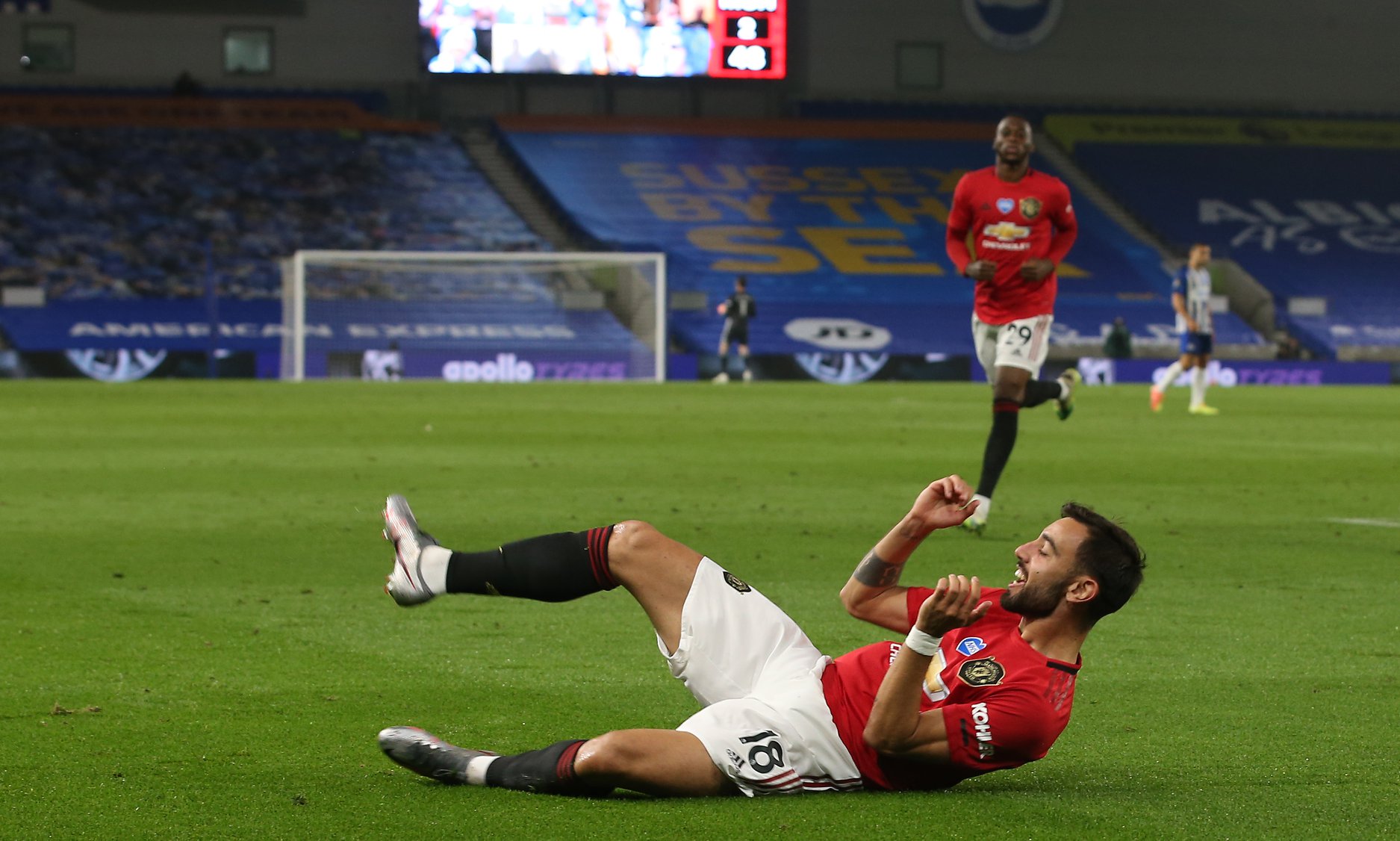 Manchester United have somehow changed the entire narrative of the season ever since the arrival of Bruno Fermandes in January 2020. Ole’s men have a 15 game unbeaten run with their latest win coming against Brighton at the Amex Stadium last night. The Red Devils move to 5th place with 2 behind Chelsea and 3 behind Leicester City, giving the 2 teams a headache.

Bruno Fermandes was on target again as he scored 2 goals in the 29th and 50th minute, after a solo opener from Mason Greenwood in the16th minute. The away side dominated, pressed high up the pitch and answered all the doubts as to whether they’ll be able to win away or not. The Portuguese and the coming back Paul Pogba has been instrumental in making the team more competitive as they make other players better around them.

Manchester United clearly controlled the game right from the start  by not giving Brighton any chance to play the ball. The home side allowed too much space that the Red Devils exploited. Brighton couldn’t see outside their own 25 yard area as they were ultra defensive in the first half. Graham Potter got his game plan all wrong, but the goalkeeper David Button made a couple of decent saves keeping Man United from scoring more. The home side just got out-played by Ole’s men.

The midfield of Bruno and Pogba, with the attacking partnership of Rashford and Martial has proven to be a great threat for Man United, which was something Ole wanted to accomplish.

The Red Devils have winnable games from now through the end of the season, and they can certainly get a Champions League place in order to make the right signings in the upcoming transfer window. Aaron Wan-Bissaka and Luke Shaw have been making underlaps and overlaps as full-backs, and Bruno’s intelligence on and off the ball has been key to their atack. Manchester United were aggressive, classy, and professional, and are going in the right direction now.

Ole on his boys ‘it’s a joy to watch the boys express themselves, enjoy themselves and work hard for each other with the creativity and the skills they’ve got’.

Man United manager Ole Gunnar Solskjaer said that Mason Greenwood is a ‘special talent’ talking about the youngster’s performance after the game.The 18-year-old is full of confidence and has been performing well in recent games but still has a long way to go in his career. Ole’s been given more time, and rightfully so as he’s completely changed the dynamic from what the people were talking about him at the start of the season.