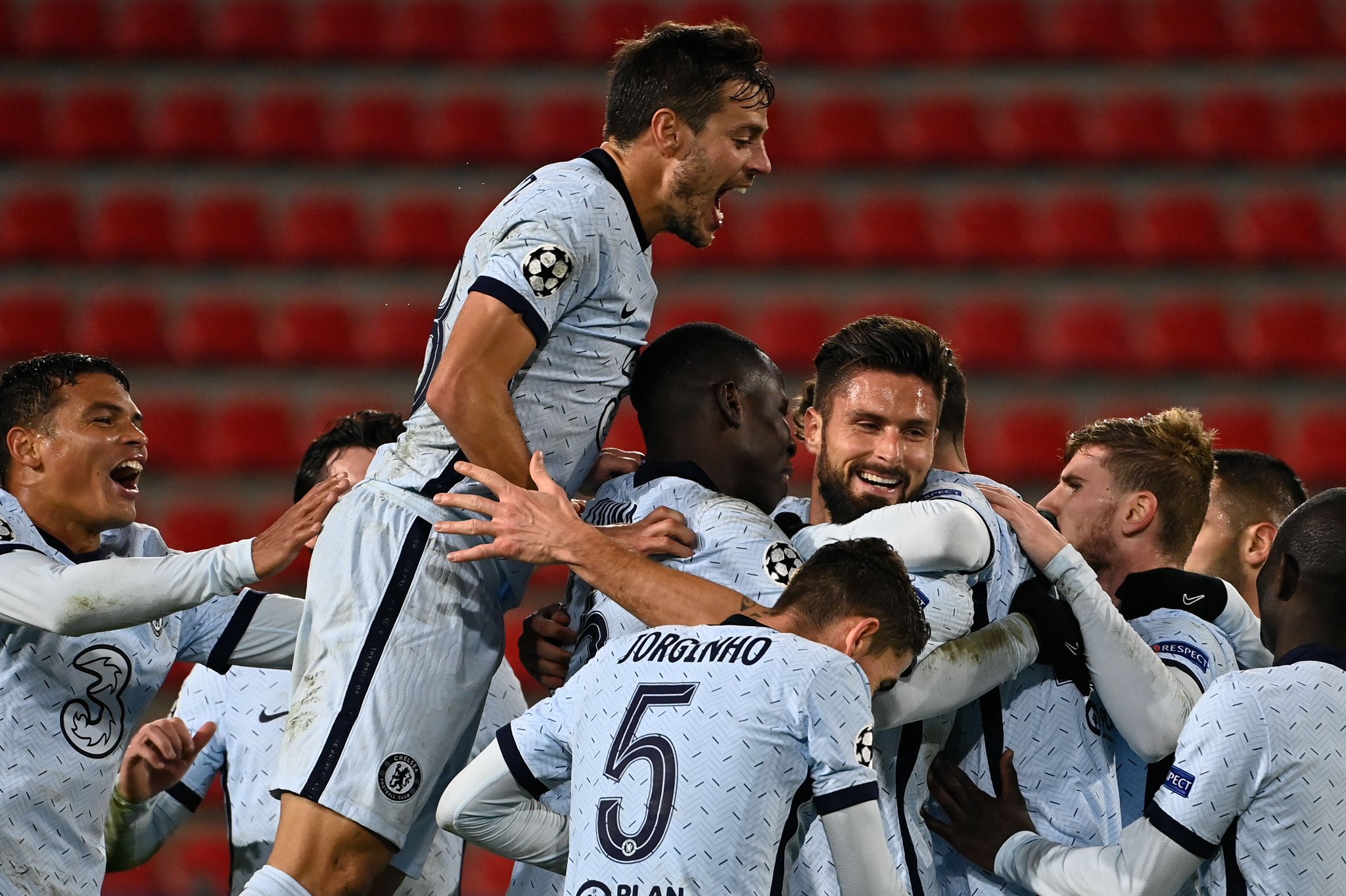 Chelsea traveled to France to face Rennes in the UEFA Champions League group stage and won 2-1 to advance to the last 16 of the competition. Callum Hudson Odoi opened the scoring for the blues in the 22nd minute after Timo Werner missed an absolute sitter from 4 yards out early in the game making it 1-0. Rennes equalized late in the game with Guirassy in the 85th minute making it difficult for Chelsea to qualify but then Olivier Giroud headed the ball into the net in extra time to confirm the win and the qualification for the next round.

Timo Werner did not have the best of games as he missed two great opportunities that he should have scored, given his reputation. Giroud has scored 12 goals for Chelsea since October 2018 and showed again what he can bring to the team, a true leader on and off the pitch, leading the line for Lampard. Having such an expensively assembled squad, players like him are important when it comes to injuries and fatigue for the regular starters. Giroud is a type of player other players love to play with and is a bonus to keep him at the club. His contract is up at the end of the season and his future is still unclear.

Chelsea have tightened up their defence with Thiago Silva but there’s still a long way to go for them to strengthen the back four, especially the way they conceded the equalizer. The Brazilian is a true leader at the back, but Zouma was at the wrong side and Guirassy got the jump and scored for Rennes. If players like Silva, or Chillwell get injured, it’ll be difficult for Lampard to replace them as he doesn’t seem to trust Emerson and Alonso. Mason Mount had one of his best games this season for Chelsea.

Frank Lampard post match to BT Sport : “I have a problem because I’ve got Tammy who is playing well and obviously he did last year as well.. And Oli, who always contributes in that way with that professionalism. I have two players in a similar position fighting for a place.

“That’s a good problem. Oli will get his minutes because we have a busy schedule, we play every few days. I made a few changes today because I felt he had to get the freshness in the team. I think the reason you see such a reaction around the goal, not only was it in the last minute but someone like Oli you see how he acts day in, day out and it shows you what he means to this team. And the things behind the scenes, everybody kind of feels from the outside what a great professional he is and how highly regarded he is by his team-mates and myself.”

“So for him to get a goal, you saw the reaction of his team-mates, he’s so professional in how he trains and looks after himself that age isn’t even a factor for him. He’s getting better with age if anything in terms of how he looks after himself.

“So he offers a lot for us and I keep saying it but the big schedule coming up and the way we play means I will rely on players. So thankfully for me he’s a player that always keeps the right attitude if he’s not playing regularly, and I know when I call upon him that he comes in as he did today.”