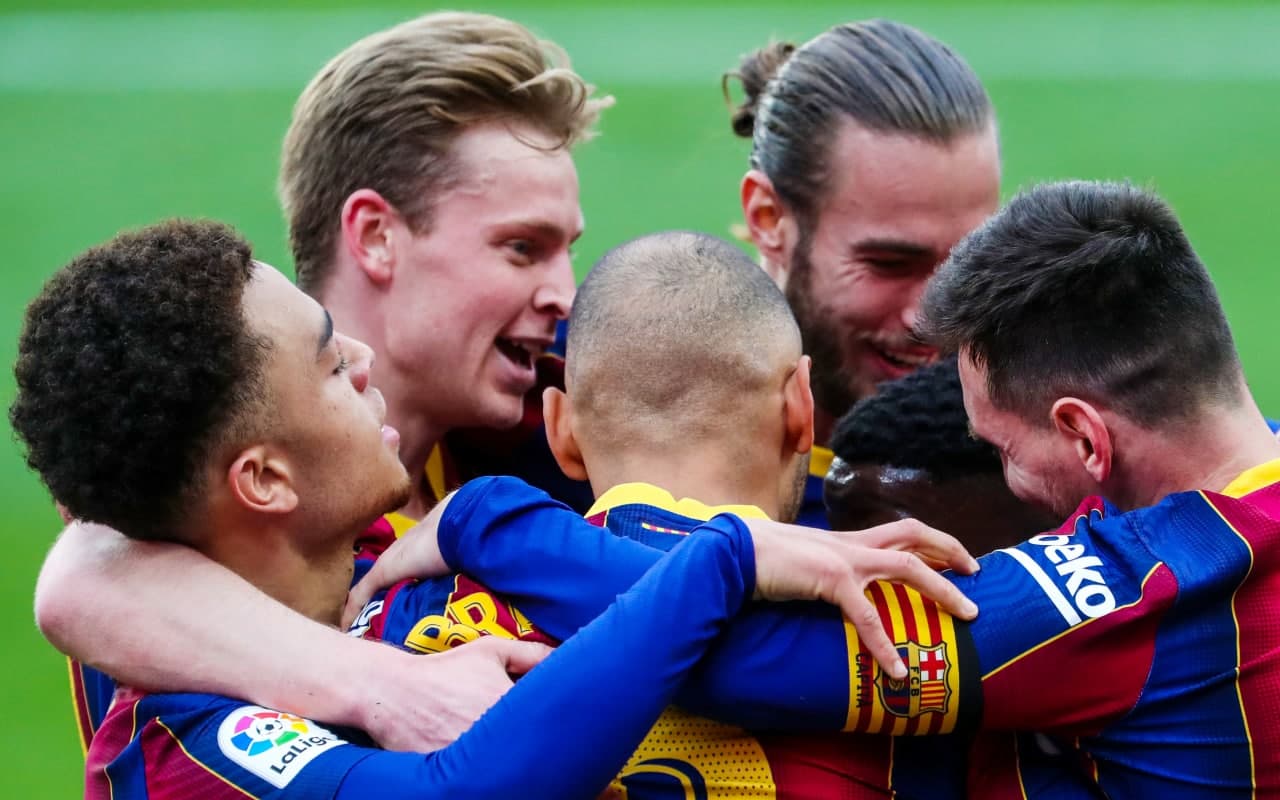 FC Barcelona faced Sevilla away in the league and won 2-0 to further strengthen their position in the league table, closing the gap between the two Madrid clubs, moving into second place since Real Madrid are yet to play Sociedad in the league on Monday. Ousmane Dembele and Leo Messi were on the scoresheet for the blaugrana in an overall dominant performance.

Barcelona played on the front foot since the start of the game, with a change in formation with 5 at the back to stop the counter attacks by Sevilla that worked in Koeman’s favor. Ronald Araujo and Pedri got injured in the game, with the latter reported to be out for 3 weeks, missing the Champions League game against PSG. Araujo’s injury isn’t that serious. Illaiz Moriba came on in the second half, and played really, getting an assist for Messi’s goal as well. The lad now has 2 assists in 2 La Liga games, and will most likely start the cup game midweek.

Ronald Koeman post match : “We tried to pressure the opponent, and playing with three centre-backs and full-backs pressed high made it easier for us to not let Sevilla play. That’s been the key. It’s a risky system, but without the ball we pressed and tried to play one-on-one. Our game off the ball was key. It was a complete game.

“It’s been a good change that we’ve seen in 2021, although we lost points at the beginning. Today we’ve show that we’re still very much alive and that’s very important. I’m proud, especially regarding the physical aspect. They have a physically very strong team and we were able to match them off the ball, and with the ball we were very good, very calm.”