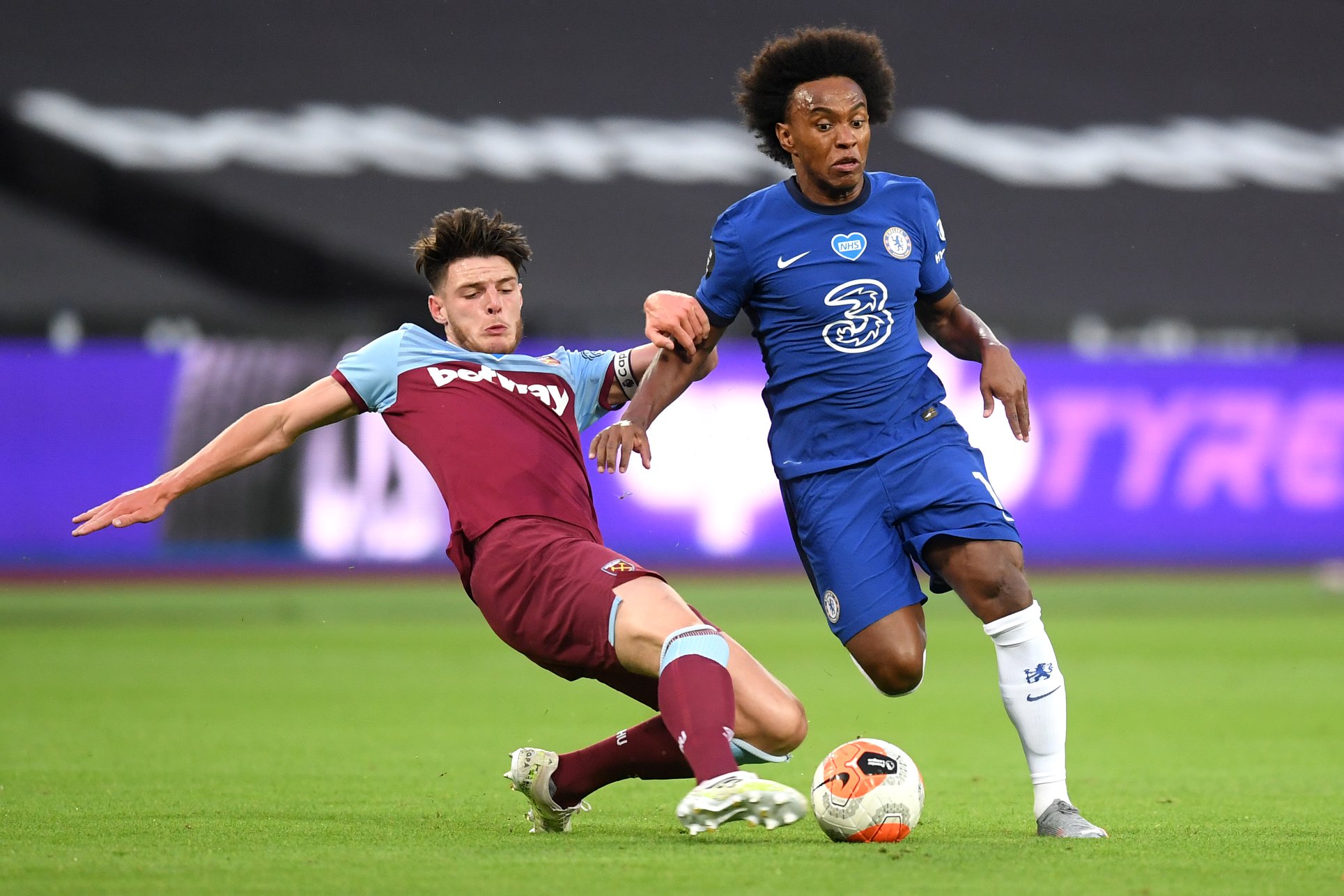 Chelsea played West Ham at the London Stadium in round 32 of the Premier League and lost 3-2  ending the Blues’ 6 game unbeaten run, and a chance to go up to 3rd spot to close the gap between them and Leicester and are still in 4th place just 2 ahead of Manchester United who won their game against Brighton and are closing in. West Ham needed the 3 points as they’re sitting in 16th spot and are now 3 points above the relegation zone but there are fixtures ahead where they could lose points, David Moyes needs to get his men build on from this game.

West Ham thought they’d opened the scoring in the 34th minute when Tomáš Souček put away the ball in the back of the net from a corner but it was ruled out by VAR due to offside, a rather controversial decision. Things got worse for the Hammers as Chelsea opened the scoring with Willian putting away a penalty in the 42nd minute when Christian Pulisic was brought down by Diop.

But Souček equalized heading the ball from a corner, just seconds before the half-time whistle giving the home side some hope going into the second half. Antonio scored in the 51st minute through a good attacking move by West Ham giving them the lead over Chelsea. Willian scored a stunning free-kick in the 71st minute getting the equalizer but West Ham managed to get a late winner with Yarmolenko scoring in the 89th minute and stealing the win for the Hammers.

Frank Lampard’s post match comments “I wouldn’t say it’s the story of our season, but there have been so many of these moments,” he said. “We had a good restart, three good results, and tonight we had the opportunity to go third.

“In a match like this, you have to do every part of the game well. You can dominate possession, which we did for most of the game, but if there are moments where you switch off, if you make one or two errors that lead to them scoring a goal that lets them go in 1-1 at half-time, you’re going to encourage teams on. I’ve been there and I’m aware of it.

“The players have to show a bit of extra mentality and do the extra things that let you see a game through.”

It was a rather frustrating affair for Lampard’s men, which was very evident from his post match comments. Chelsea host Watford in the next match which should be easy for them but this performance is an eye-opener for their defence and they need to get various areas of their game in order to guarantee a Champions League place. Just 3 points separate 3rd placed Leicester from 6th placed Wolves who are flying high at the moment and anything can happen from now until the end of the season.