MESSI HITS AT THE BOARD AMIDST LIGA DEFEAT 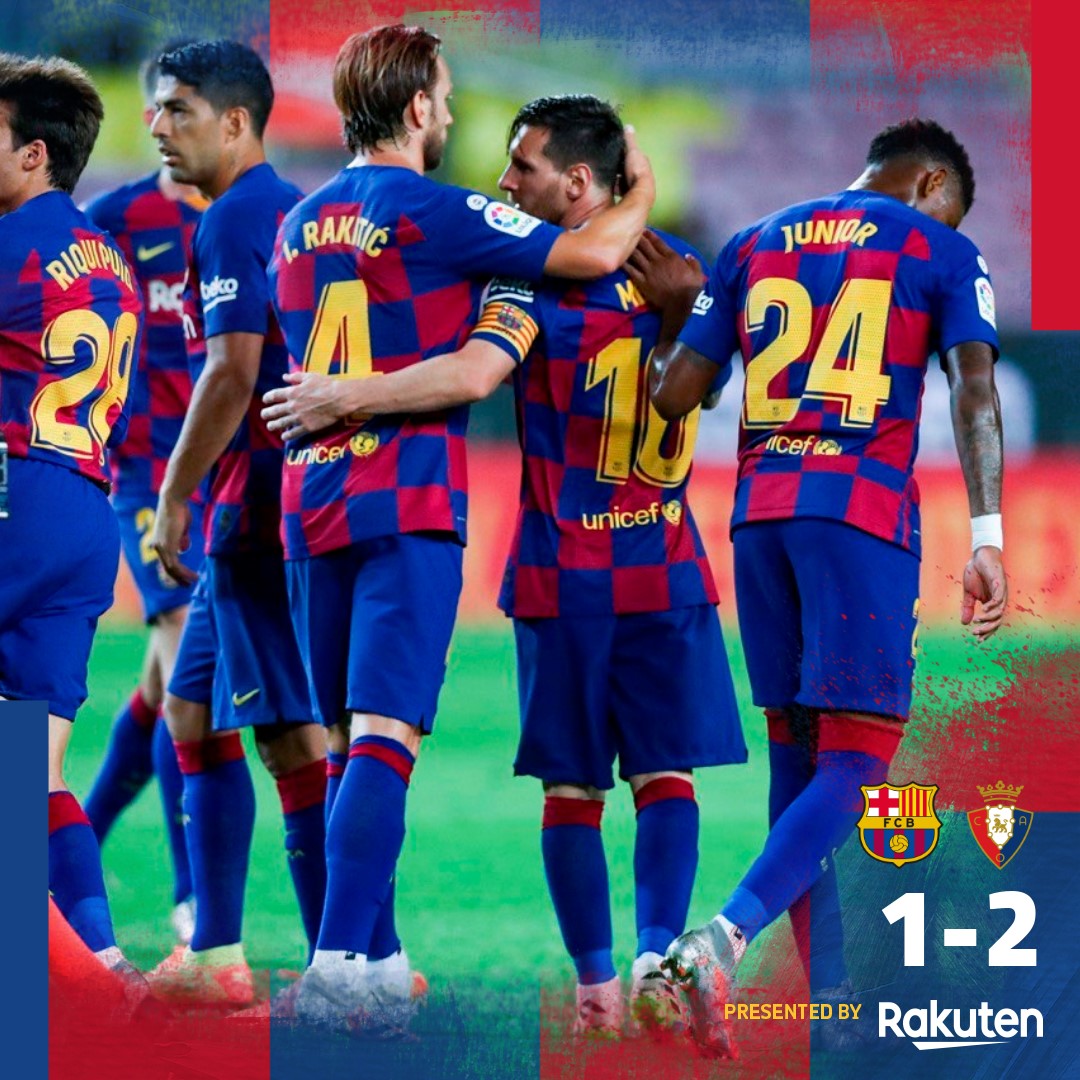 Leo Messi was very vocal after Barcelona lost to Osasuna at the Camp Nou handing the La Liga title to Real Madrid. The club has been in a rather tense position since the start of the year. Messi was targeted personally by the media during the wage cuts and also that issue with Eric Abidal and is completely frustrated by how the club is being run. There’s also fear of the Argentine leaving the club as he hasn’t yet extended his contract that expires next year.

“We didn’t want to end the season like this but it represents how the season has gone,”

“We were a very erratic, very weak, low-intensity team…We lost a lot of points and today’s game is a summary of the season. We have to be self-critical. Starting with the players but doing a global self-criticism. We are Barca and we have to win everything. We can’t look at Madrid…Madrid have done their job, but we have helped them a lot. If we want to win the Champions League, we have to change a lot. If we continue like this, we will lose the game against Napoli.”

“January until now has been such a terrible time for everybody. I think in the Champions League there are four matches where we could turn the whole season around if we get the right results. I think the people here at the club will feel angry about what’s been going on this season but that’s normal, the players feel like that too, it’s logical people will be critical. I think it’s like losing against Roma and Liverpool, when you don’t win anything no-one is happy.”

Bartomeu and Co have only ruined the club by signing Dembele, Coutinho, and Greizman who haven’t proved to be good investments and now have sold Arthur to Juve for financial reasons and brought in a 30-year-old midfielder in Pjanic which is a complete shambles of a transfer. Quique Setien’s future at the club is also in the air as there’s a feeling that the dressing room is not under his control.