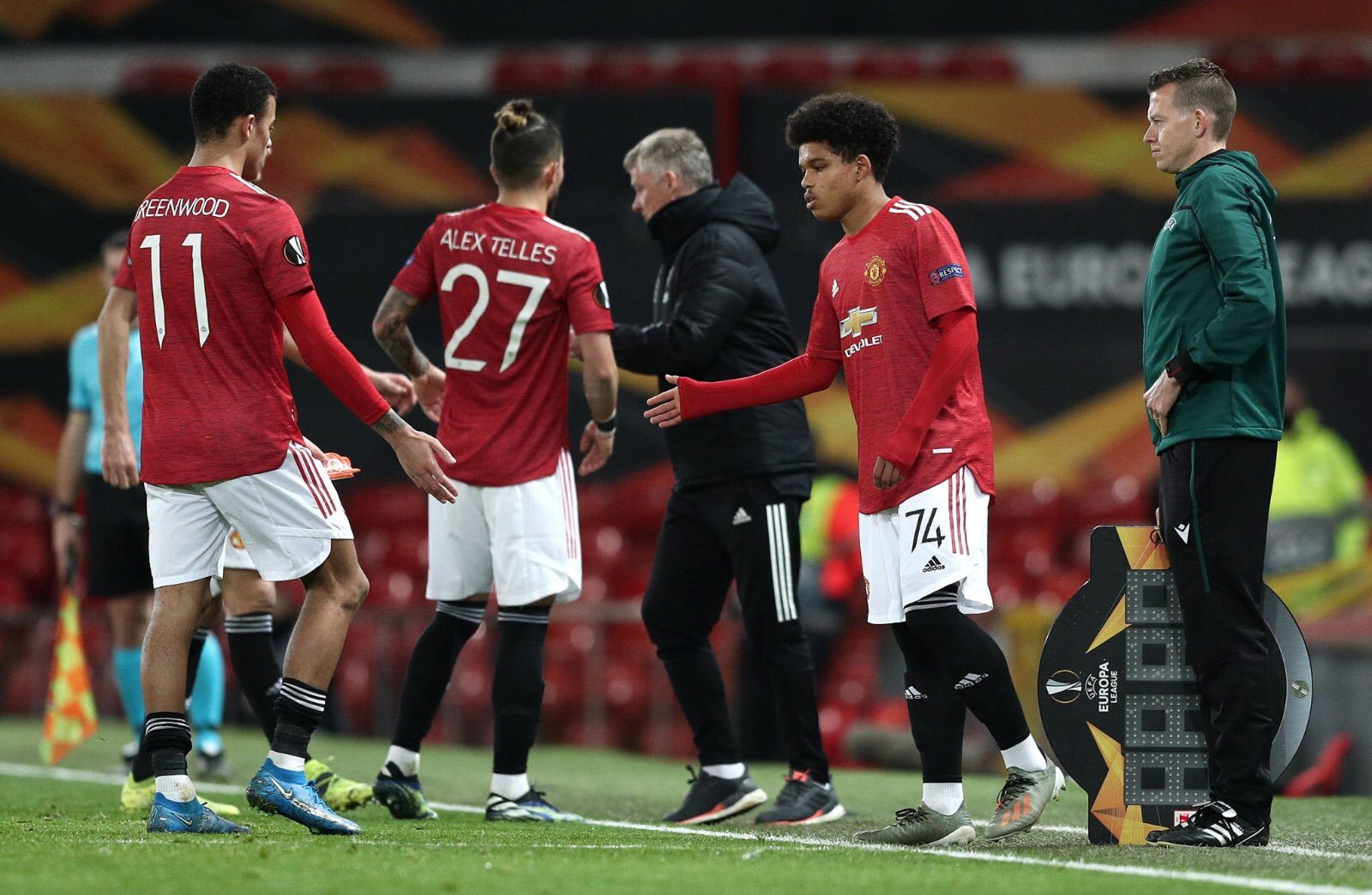 “Shola is going to be a good player for us and sometimes you need to test them against good players,” Solskjaer said. “We knew Real Sociedad are a good team with good individuals and they press. We felt today Amad (Diallo) – he had to come on, of course, Dan (James) had to come off – and Shola, the two of them will need these little introductions to this type of level.”

“He’s a young kid that we believe in. Great attitude. You can see the shape of him. We think physically he’ll be an athlete and technically very, very good. Makes good decisions. So, of course we’re going to gradually feed him into this team and, you know, he’s grounded, got his feet firmly on the ground and he works really hard in training.:

“Very likeable boy that we hope we can see loads of in the future.”

It was a memorable moment towards the end of a largely forgettable second leg.

Substitute Axel Tuanzebe saw a headed winner ruled out due to a Victor Lindelof foul in the build-up as a strong United side were held 0-0 by a side they struck four past a week ago.

“We played against a very good team and, you know, the start of the game I think showed why it was important,” Solskjaer said. They got a penalty early. Luckily he missed it because you don’t want to go into half-time in the game one or two down. Of course you want to get players through unscathed and I felt the first 10, 15 minutes we were a bit slow.”

“I thought we then we played some very good stuff in the first half. Second half not great with the ball but solid at the back, good defending and kept them away from our goal. I think it just proves how good the performance was last week, the 4-0 win.”

“We did well,” the Belgium international said. “We could have scored some goals. It was a better performance from us, but it wasn’t to be and now we have to focus on other things.”

“We had the penalty and maybe could have scored. Things could have been different. It was always going to be difficult. Now we need to move on. It’s great being back at Old Trafford. I will always remember playing here. It’s special for me.”