WERNER SCORED TWICE TO GET GERMANY INTO THE WORLD CUP 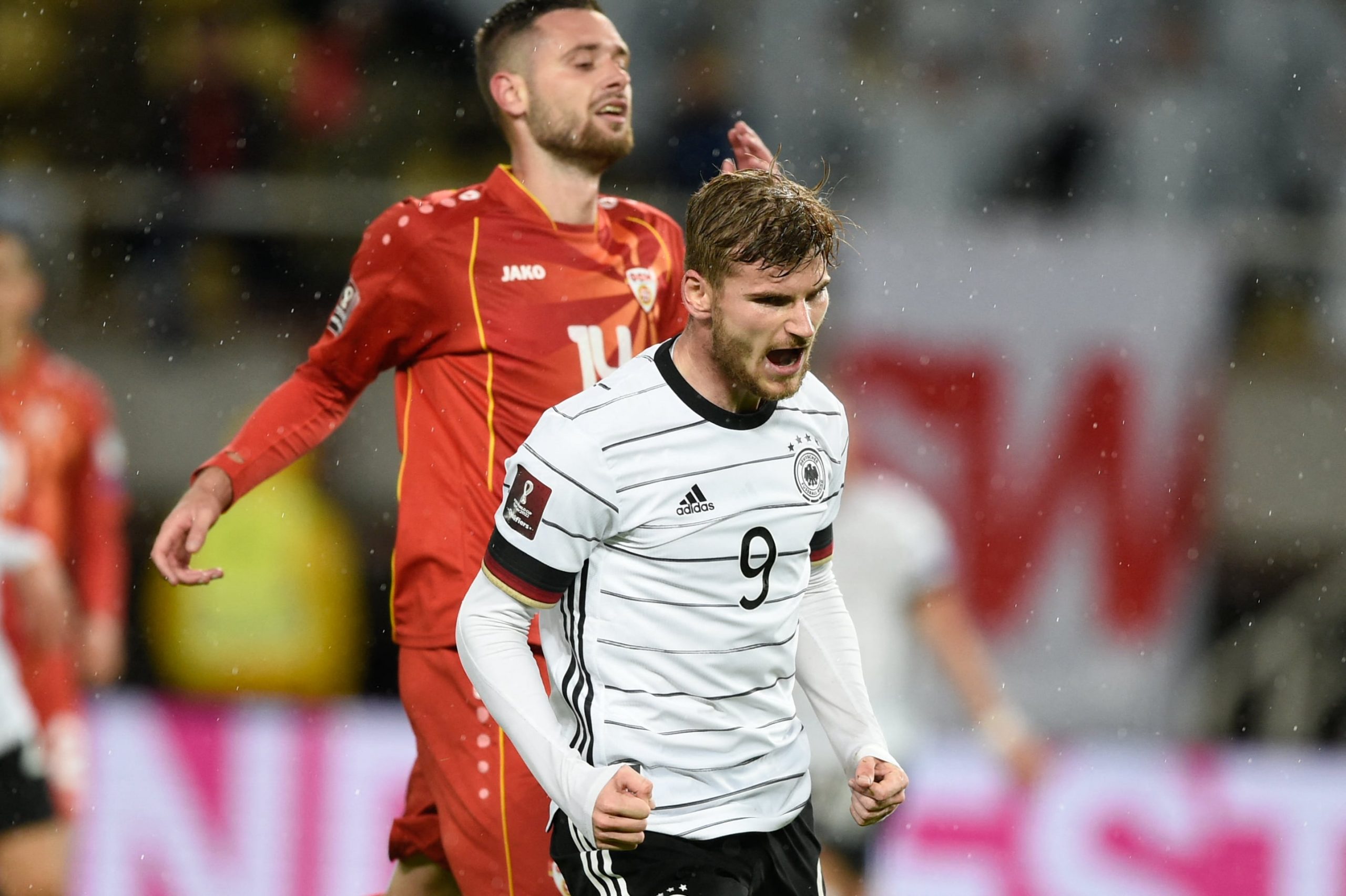 Timo Werner has been in and out of form in a blue shirt ever since he joined the club last summer. The player netted twice last night after Havertz got his goal beating North Macedonia 4-0 to book a place in the world cup next year.

Chelsea academy graduate and Bayern player Jamal Musiala also got a goal for Germany after he switched his allegiance from England, getting his first for the national team. He has scored 19 times for the England youth team earlier.

Müller (50’minutes, 70’minutes), Wirtz (73’minutes), Adeyemi (83 minutes) were the assist makers in the team. All the goals came in the second half for Germany, in a very dominant performance.

Hansi Flick’s men, who are four-time world champions, reach the tournament for the 20th occasion, with only Brazil (21) appearing more times. Germany became the first team to join hosts Qatar at the 2022 World Cup with a thumping victory in North Macedonia.