WYCOMBE REACH THE CHAMPIONSHIP FOR THE FIRST TIME IN 133 YEARS 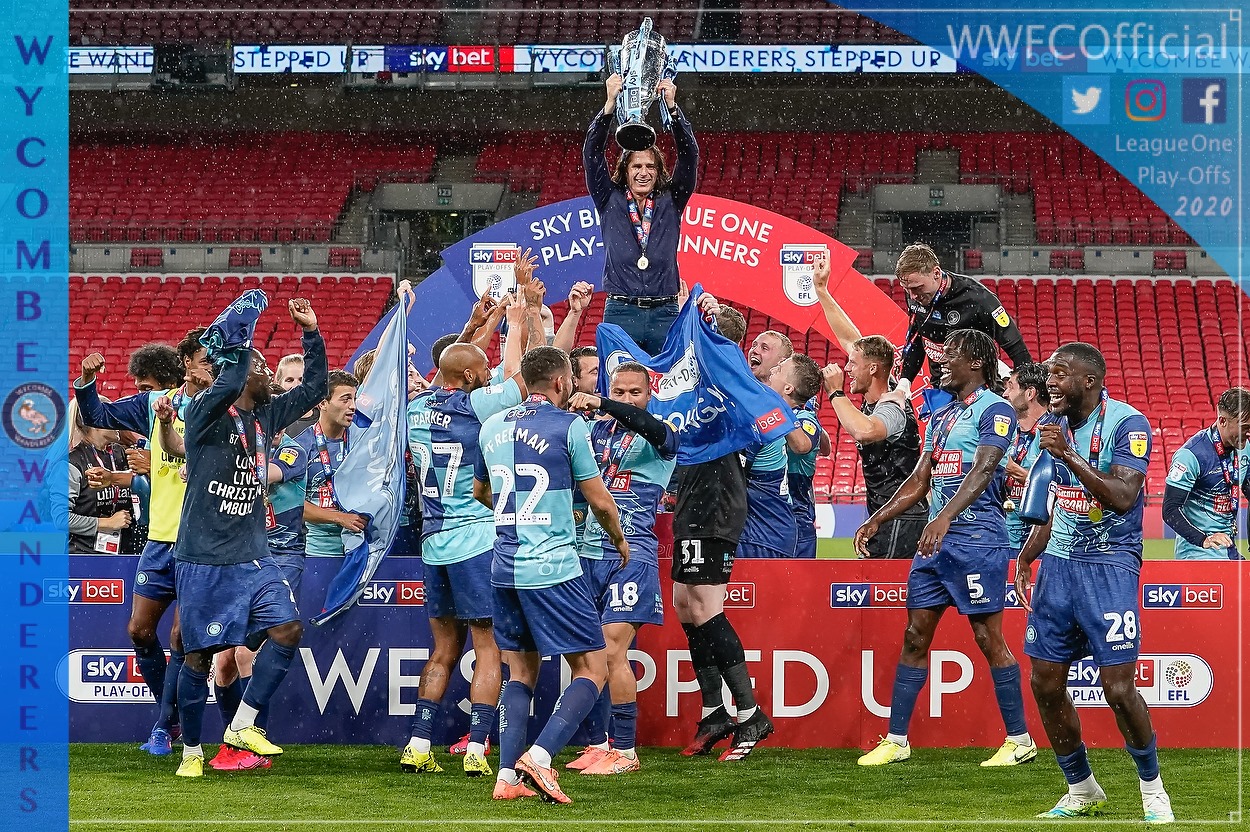 Wycombe beat Oxford by 2 goals to 1 in order to reach the Championship for the first time in 133 years giving them an opportunity to play in one tear above for the 2020-21 season. Oxford will remain in League One as they have a 21-year long wait to qualify for the second tier.

Wycombe’s Gareth Ainsworth: “That was just amazing. We can’t afford the best footballing players but we’ve got players with heart and determination and that was a Wycombe performance. I’m so, so proud of the boys. They just ground it out and I still just can’t believe that we’re a Championship club.

“I think Accrington and maybe Rochdale were down there with us as favourites to go down but we were right down there budget-wise. We had nine players turn up on that first day of pre-season and two of them were trialists. [The owners] Rob and Peter Couhig have come in and they’ve just enabled me to fill the slots that I had.

“That is for all the fans who are watching at home. I know they were there and we said before the game that we could feel them out on that pitch. That’s a good team Karl Robinson has got and now we’ve beaten both Fleetwood and Oxford, so I think people might start respecting us a little bit more now.

“That win means this club is safe for a few years at least and I feel for so many clubs because COVID-19 has really hurt clubs and I know it’s going to be tough for some clubs. But we weren’t going to look this opportunity in the mouth, we were going to take it. All my staff have got everyone spot-on for the performances.